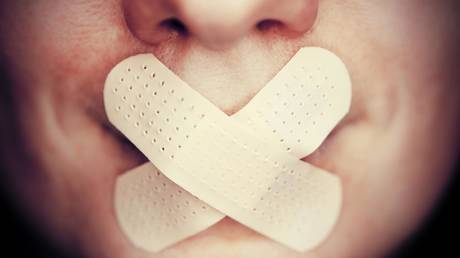 A majority of German citizens believe that freedom of expression is in danger, the latest poll shows. ‘Patriotism’ and Islam were named among topics one should be particularly careful about.

Only 45% of Germans still believe they can express their political opinion freely, says a survey conducted by the Allensbach Institute for Demoscopy – one of Germany’s oldest and most respectable polling agencies.

That is the lowest figure since 1953, when the institute started conducting such polls. Just a few years ago, two-thirds of Germans believed that nothing stops them from expressing their opinion freely.

Most believe that their freedom of expression is in danger, while 44% feel one had better be careful about what one says, according to the survey published in Germany’s FAZ newspaper on Wednesday.

Almost 60% of respondents named Islam as an issue to be particularly reserved about. “Patriotism” was named as another such controversial topic by 28% of Germans. Another issue many respondents reported feeling uneasy about was women’s rights, since 19% of the respondents named it a taboo topic.

Some other topics such as gender-neutral language or words considered to be politically incorrect were also perceived as sensitive, the Tagesspiegel newspaper said.

Supporters of various political parties also assessed the situation with freedom of speech in Germany differently. Those backing the left-leaning Green Party described it quite positively, as did the supporters of Chancellor Angela Merkel’s Christian Democratic Union (CDU).

Supporters of all other parties, including Merkel’s coalition partners – the Social Democrats – said they have to be rather cautious while expressing their opinions. Sympathizers of the right-wing Alternative for Germany (AfD) party were the least satisfied with the present situation, since only 12% of them said they could freely defend their opinions in public.