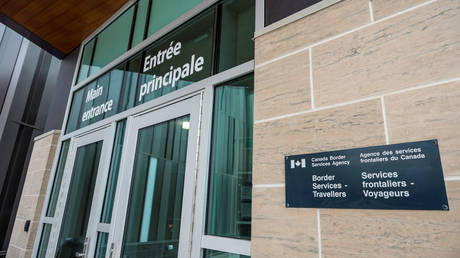 The report, titled ‘‘I Didn’t Feel Like a Human in There’: Immigration Detention in Canada and Its Impact on Mental Health”, was released ahead of World Refugee Day, with the groups highlighting the plight of individuals who sought refuge in the North American nation.

“Canada’s abusive immigration detention system is in stark contrast to the rich diversity and the values of equality and justice that Canada is known for globally,” the Secretary General of Amnesty International Canada Ketty Nivyabandi said in a joint press release.

The human rights group called on Canada to bring an end to “the inhumane treatment of people in the immigration and refugee protection system,” calling on the government to alter its approach to reflect the country’s “rich diversity and the values of equality and justice.”

Highlighting how the Canada Border Services Agency (CBSA) is the nation’s only law-enforcement agency that doesn’t have independent civilian oversight, the groups warned that its unchecked power “has repeatedly resulted in serious human rights violations.”

Under Canada’s immigration system, there is currently not a limit on the amount of time someone can be held by authorities, with Amnesty International and HRW claiming the risk of “being locked up indefinitely” worsens the psychological effect of detention.

During the coronavirus pandemic, Canada released individuals from immigration detention. However, beforehand, in the 2019-2020 fiscal year, the number of people in detention hit a high of 8,825.

Responding to the report, a spokesperson for the CBSA said that it will examine the findings and recommendations. Although, the CBSA claimed it “is committed to upholding the Canadian Charter of Rights and Freedoms and international standards set forth in the Universal Declaration of Human Rights,” stating that “detention is a last resort.”