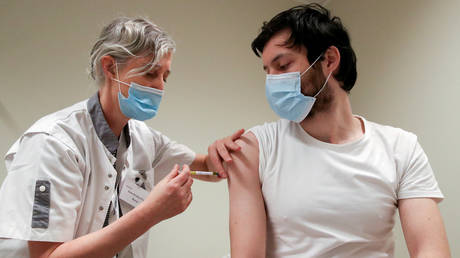 The unsatisfactory trial results of the German-made Covid-19 vaccine will have no effect on the pace of the national immunization campaign, the country’s government has said.

“The announcement does not have an impact on the speed of our vaccination rollout,” a German Health Ministry spokesperson said, as cited by Reuters. The spokesperson declined to comment on the results of the study.

Tubingen-based pharmaceutical firm CureVac revealed the preliminary results of the late-stage trial of its CVnCoV coronavirus vaccine on Wednesday. The vaccine has shown a 47% efficacy rate, which “did not meet pre-specified statistical success criteria,” the company said in a statement.

The trial involved around 40,000 volunteers in ten Latin American and European countries.

Karl Lauterbach, an MP from the Social Democratic Party of Germany, voiced disappointment with the results of the trial. “It’s a shame – the team from Tubingen deserved success,” he tweeted.

German company BioNTech, which is based in Mainz, developed the BNT162b2 vaccine, and partnered with the US-based pharmaceutical giant Pfizer for trials, logistics and manufacturing.

Apart from the Pfizer/BioNTech vaccine, Germany uses the Moderna, AstraZeneca/Oxford and Johnson & Johnson vaccines in its immunization campaign. As of Wednesday, 49.6% of the population have received at least one dose of a vaccine, and 28.8% were fully vaccinated, according to the government.