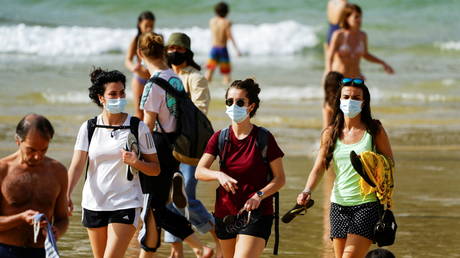 The Spanish prime minister has announced that the law on mandatory mask-wearing outdoors is to be lifted next Saturday, June 26, as Spain’s vaccination campaign makes rapid progress.

At an event in Barcelona on Friday, PM Pedro Sanchez proclaimed with confidence that “this weekend will be the last one with masks.” The Spanish cabinet will meet on June 24 to approve the decision.

Mask-wearing became mandatory in May 2020 for anyone outdoors, along with social distancing. So the Spanish government’s decision to repeal mask-wearing comes as a welcome change to Spanish citizens after a long year of restrictions.

The decision comes as the pace of Spain’s vaccination rollout increases, with almost 35 million doses administered, meaning that around 45% of the population has received at least one dose of a Covid-19 vaccine.

Neighboring France has also taken steps to relax Covid-19 measures in the country. The French government decided to end mandatory mask-wearing on Thursday 17 and will drop its curfew on Sunday.

Spain was one of the European countries hit the hardest by coronavirus at the beginning of the pandemic. At the end of March 2020, the country had the highest death toll of any other European country after Italy. Spain is now reporting a relatively stable average of 4,796 daily new infections.