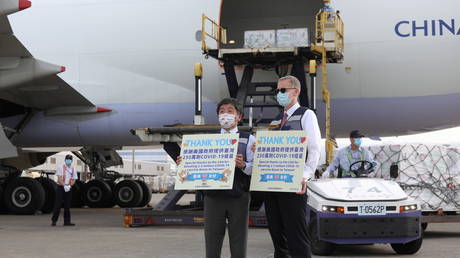 As Taiwan scrambles to inoculate its 23 million citizens, the government has announced that the daily number of Covid-19 infections has fallen below 100 for the first time in a month.

Speaking on Monday, Health Minister Chen Shih-chung said there was a clear downward trend in case numbers, as the authorities had registered only 75 new domestic infections over the past 24 hours. The figure represents the first time domestic Covid-19 infections have dropped below 100 since May 15.

“We hope this trend can continue,” Chen told a daily news briefing, adding, “This needs everyone to work hard together.”

The minister encouraged people to remain vigilant and continue with the usual Covid-19 protocols of washing hands and wearing masks. He said he would not be drawn in to speculating about when the current restrictions would be lifted.

Officials had previously suggested the Covid-induced restrictions might need to be extended beyond the June 28 date set for their lifting, despite infection rates being far below that experienced in late May, when the daily tally topped 500.

On Sunday, Taiwan received 2.5 million shots from the US, in a move that hugely increases the country’s vaccine stockpile. To date, only around 6% of the nation’s 23.5 million people have received at least one shot of a vaccine.

On Monday, China’s Foreign Ministry called on Washington to refrain from “political manipulation” in the name of vaccine diplomacy.

China, which claims Taiwan as an integral part of its territory, has urged Taipei to accept its own offers of vaccine assistance. On Sunday, China administered its one-billionth shot against the virus. According to Beijing, many Taiwanese citizens have travelled to China to be inoculated.