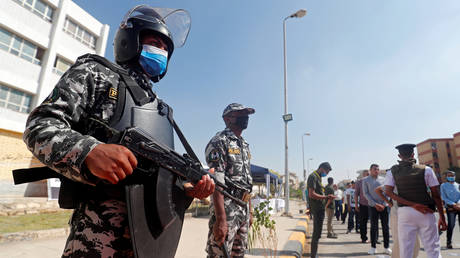 Prosecutors in Paris have charged four executives at French companies with “complicity in acts of torture” over allegations they aided Libya and Egypt in spying on opposition figures who were then tracked down and tortured.

Philippe Vannier, the former head of Amesys, and Olivier Bohbot, the current boss of Nexa Technologies, along with two other executives, were charged last week with “complicity in acts of torture and forced disappearances,” according to a human rights group.

The International Federation of Human Rights (FIDH) revealed the arrests of executives working for companies accused of selling surveillance gear to the Libyan and Egyptian regimes, which was used to detain and subsequently persecute opposition figures.

“This is a considerable step that demonstrates that what we see every day on the ground – the links between the activities of these surveillance companies and violations of human rights – can be considered criminal and lead to complicity charges,” Clemence Bectarte and Patrick Baudouin, the lawyers for FIDH, said in a statement.

Also on rt.com
Big Brother spy agency claims ‘extremism’ is Germany’s new virus… but it’s only the far-right variant it seems to be worried about

FIDH is a 192-member organization that claims to defend “all civil, political, economic, social and cultural rights as set out in the Universal Declaration of Human Rights.” The group filed a lawsuit in 2011, after reports of the deals between the companies and the regimes emerged. Six alleged victims signed onto the lawsuit as plaintiffs and were questioned by French judges between 2013 and 2015.

While it has not been confirmed by French prosecutors, FIDH has said the courts are examining similar technology deals made with Saudi Arabia.