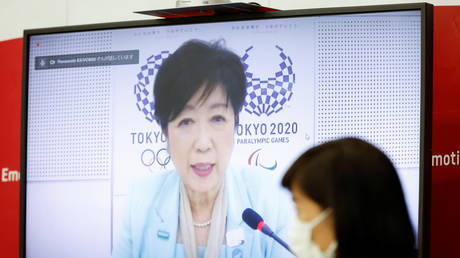 The Tokyo government has announced that its governor will be taking a break due to “excess fatigue” with the Olympics just one month away and the metropolis battling persistent Covid as vaccinations remain low.

“A deputy governor will serve official duties on her behalf this week as Governor Koike needs a rest due to excess fatigue,” a metropolitan government spokeswoman told Reuters on Tuesday.

The announcement of Koike’s break comes as the Japanese capital is due to host the delayed Olympic Games in just one month while the city fights Covid-19.

Last week, amid concerns that the games would lead to a further increase in infections, the government elected to cancel all public viewing events in Tokyo for its upcoming Olympics.

A poll published in May highlighted opposition to the event, with over 80% of the Japanese public saying they are against hosting the postponed Tokyo 2020 summer Olympics.

On Tuesday, Japan reported 435 new cases of Covid-19, substantially below the average in most other developed nations. Healthcare services have struggled under the pressure despite having one of the world’s highest numbers of hospital beds per capita.

Government data suggests that only 4.18% of Japan’s citizens have been fully vaccinated against Covid-19.

In May, the head of a Japanese doctors union warned that the presence of people from all around the world in Tokyo for the games could lead to the emergence of an “Olympic” coronavirus strain.