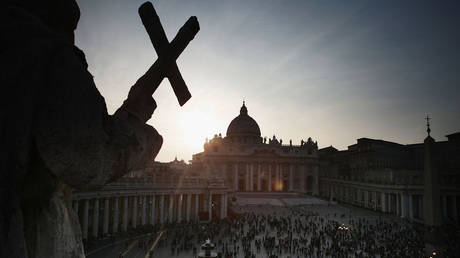 Prime Minister Mario Draghi has shot down Vatican concerns that an anti-homophobia bill being examined by Italy’s parliament could undermine church freedoms – with Draghi emphasizing that the country is officially a secular state.

Archbishop Paul Richard Gallagher, Secretary for Relations with States at the Vatican, reportedly sent a letter last week to the Italian Embassy to the Holy See expressing concern that the legislation – under which no schools, including private Catholic schools, would be exempt from participating in a proposed National Day Against Homophobia, Lesbophobia, Biphobia and Transphobia – interferes with the freedom of the Church.

In his letter, Gallagher reportedly pointed towards the 1929 Italy-Vatican treaty which gives the Church the right to run its own affairs.

The bill would also make discrimination against people based on their gender or sexual identity an imprisonable offense.

Draghi tackled the Vatican’s concerns on Wednesday, telling the Italian Senate that Italy “is a secular state, not a religious state,” and has “a parliament that is certainly free to discuss and legislate.”

The prime minister also said that Italy’s legal system “contains all the guarantees to ensure that laws always respect constitutional principles and international commitments, including the concordat with the Church.”

Vatican City was established in 1929 as a state that is independent from Italy following the signing of the Lateran Treaty.