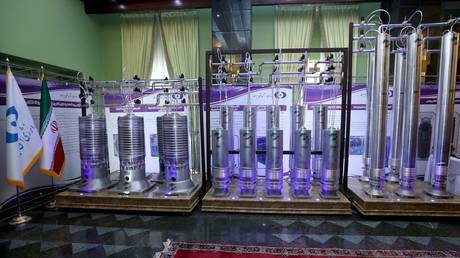 There was a failed attempt to sabotage one of the buildings owned by the Atomic Energy Organization of Iran, Iranian media reported on Wednesday, offering few details.

The sabotage operation “was neutralized this morning before it caused damage,” a report by the news agency of Iran’s state broadcaster, IRIB, said. Nobody was hurt, the agency said without offering further details on the reported incident.

The story was also reported by the English-language Iranian news channel Press TV, which credited the prevention to security measures taken since the assassination of Iranian nuclear scientist Mohsen Fakhrizadeh last year. The story was first broken by the Twitter account of PTV news, based on information from “security sources.”

Tehran accused Israel of being behind several attacks against its nuclear industry, including the killing of Fakhrizadeh. The latest incident occurred in April, when a reported explosion caused damage to the power supply of the uranium enrichment facility in Natanz.

Israeli has a policy of neither officially confirming nor denying clandestine operations against its regional nemesis. However, Yossi Cohen, the newly retired former head of Mossad, all but took credit earlier this month for both high-profile attacks.

Officials in Tehran believe Israel has ramped up operations against its nuclear industry in an attempt to derail international talks in Vienna. The negotiations, which started in May, are aimed at reviving the 2015 multilateral nuclear deal which offered Iran relief of economic sanctions and business opportunities in exchange for accepting restrictions on its nuclear industry. The stated goal of the agreement was to make it harder for Tehran to acquire nuclear weapons, an ambition that Iran denies having.

The agreement, known as the Joint Comprehensive Plan of Action (JCPOA), was torpedoed by US President Donald Trump after he took office. His administration branded it the “worst deal ever” and broke it, instead placing harsh sanctions on Iran and threatening anyone doing business with it.

Current President Joe Biden made it clear on the campaign trail that he wanted to salvage the JCPOA. The sixth round of talks is currently underway.