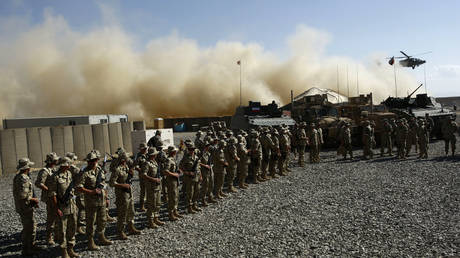 Poland’s government has announced that its military will end its two-decade mission in Afghanistan at the end of June, joining NATO allies in withdrawing from the region ahead of the US departure set to happen before September 11.

On Thursday, Polish President Andrzej Duda confirmed his nation would remove its troops from Afghanistan within the month, with the first soldiers due to begin returning from Thursday evening.

A tweet posted to the president’s official Twitter account stated that the move was made to bring the country “in line with the decisions of the allies,” bringing an end to the European country’s involvement “in the largest NATO operation in history.”

Similar to other NATO members and the United States, Poland is expected to focus on supporting the Afghan military and police to maintain stability after its withdrawal, including jointly providing billions of dollars in security funding.

Also on rt.com
Number of global displaced persons doubled in a decade amid ongoing war and persecution – UN report

US President Joe Biden’s administration announced in April that it will have fully removed its military presence from Afghanistan by September 11, with NATO following that statement by laying out a plan to begin bringing its forces home over several months, starting on May 1.

The plans to withdraw from the war-torn country come despite reports of an analysis by the US intelligence community which suggested that the Afghan government could collapse six months after foreign troops leave, following recent battlefield gains by the Taliban.

US intelligence predicting Afghanistan could fall to the Taliban within 6 months of American forces withdrawing, per @WSJ.

Raises the specter of a Saigon-style collapse after 20 years of US fighting. https://t.co/z3iLzPfTvK

On Wednesday, the Taliban claimed “manifest victory and triumph,” declaring that it is on course to ending “the ills birthed by occupation,”