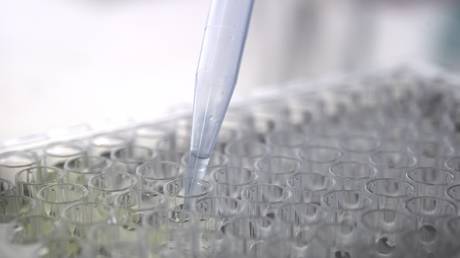 Scientists may need to rethink how aging works, a new study suggests, as 70% of the genes in fruit flies traditionally believed to be linked to aging turned out to actually be involved in the immune response to bacteria.

The groundbreaking study conducted by researchers with the NIH’s National Institute of Neurological Disorders was published by the iScience journal.

The scientists stumbled upon the discovery by chance while studying the genetics behind the aging mechanisms in the fruit fly known as Drosophila. Previously, they found that a hyperactive immune system may be the key factor behind neural damage, and to test it further, they grew a bunch of flies, raising them on antibiotics to prevent bacteria growth.

The results of this experiment were unexpected, as around 70% of the genes traditionally linked to aging were not activated in the bacteria-free flies.

“For decades scientists have been developing a hit list of common aging genes. These genes are thought to control the aging process throughout the animal kingdom, from worms to mice to humans,” the senior author of the study, Ph.D. Edward Giniger, said.

We were shocked to find that only about 30% of these genes may be directly involved in the aging process. We hope that these results will help medical researchers better understand the forces that underlie several age-related disorders.

With the genes turning out to not be directly linked to the internal clocks of the flies, but rather their immune systems, the lifespan of the test subjects expanded greatly. The flies on antibiotics lived for around 63 days, compared to 57 days in the untreated control group.

“This is a big jump in age for flies. In humans, it would be the equivalent of gaining about 20 years of life,” the lead author of the study, Ph.D. Arvind Kumar Shukla, said.

At first, we had a hard time believing the results. Many of these genes are classical hallmarks of aging and yet our results suggested that their activity is more a function of the presence of bacteria rather than the aging process.

Flies raised in a completely sterile environment exhibited similar results in terms of genes, compared to the flies on antibiotics. The rest of the 30% of genes involved in aging were significantly less active in the treated group, with the flies genetically looking like their 30-day-old counterparts from the control group regardless of their actual age.

“We found that there are some genes that are in fact setting the body’s internal clock,” Giniger stated. “In the future, we plan to locate which genes are truly linked to the aging process. If we want to combat aging, then we need to know precisely which genes are setting the clock.”