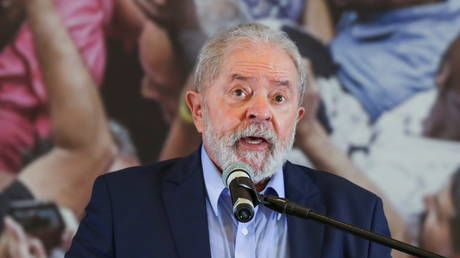 The Supreme Court of Brazil has reset two cases against former President Luiz Inacio Lula da Silva, which had been brought by a judge that the court had earlier found biased, bringing him closer to a new run for president.

A magistrate of the Supreme Federal Court invalidated all evidence brought in the two cases by Sergio Moro as part of the large-scale corruption investigation known as ‘Lava Jato’ (Operation Car Wash). The court earlier found Moro biased against Lula, as he is commonly known in Brazil, and overturned a criminal conviction that he passed on the former president in 2017.

The conviction barred the socialist Lula from running against right-wing candidate Jair Bolsonaro in the 2018 presidential election, which resulted in the latter’s win. Moro then became justice minister under President Bolsonaro.

A series of leaks of communications between the ex-judge and others involved in the prosecution of Lula, which were published by journalist Glenn Greenwald, indicated that the conviction was the result of a plot to bar him from returning to power. At one moment, Deltan Dallagnol, the lead prosecutor in the operation, called Lula’s arrest “a gift from the CIA,” which some people interpreted as evidence that the Donald Trump administration was involved in the plot.

In March, the Brazilian Supreme Court agreed that political bias was present in the case and ruled to overturn Lula’s conviction. It also accused Moro of seven counts of felony judicial bias during his handling of Lava Jato.

This week’s ruling by Supreme Court Magistrate Gilmar Mendes expands that decision to the two cases that Moro launched against Lula while serving as a judge in the city of Curitiba and orders the nullification of “all the decision-making actions” by him. The decision comes days after a federal court acquitted Lula on corruption charges in yet another case.

The news means that it is becoming less likely that Lula will be convicted of a crime and be barred from running in next year’s presidential election in Brazil in a repeat of the 2018 scenario. While he didn’t officially announce his candidacy, Lula is expected by many to run against Bolsonaro, whose policies he has harshly criticized. A poll last month indicated that Lula would win by a comfortable margin, should he and the incumbent president go to a run-off.

Also on rt.com
Brazil doesn’t need US permission to its own backyard, ex-president Lula tells RT

Lula, who was in office from 2003-2010, has denied all corruption allegations against him. He still faces three trials, one in Brasilia and two in Sao Paulo.