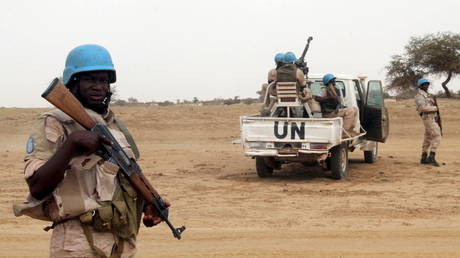 The UN peacekeeping mission in Mali (MINUSMA) confirmed via Twitter on Friday morning that one of its temporary bases was attacked in a car bombing, resulting in the injury and evacuation of 15 German ‘Blue Helmet’ soldiers.

Friday’s attack, which hit a deployment of German soldiers, is the first time that Bundeswehr troops have been targeted in Mali. Of the 15 injured peacekeepers, 12 are in serious condition and have been flown back to Germany via Niger.

German media reported that the car bomb hit a temporary forward operating base at around 7am local time near the Tarkint Township in Gao Province. The blast occurred a day after another, less serious, attack had been attempted on Malian soldiers moving towards Kidal, damaging a vehicle but causing no injuries.

In response to Friday’s attack, MINUSMA strongly condemned the car bombing, wishing a “Speedy and complete recovery to the injured.”

Germany’s defense minister, Annegret Kramp-Karrenbauer, is due to release a statement on the incident later on Friday.

Members of the Bundeswehr have been involved in the MINUSMA mission for a number of years, with roughly one thousand German soldiers based in Mali as part of the 13,000-strong multinational peacekeeping force.

The UN body has been seeking to combat Islamist insurgencies in the region, with France leading a Western mission in the Sahel region, which covers Burkina Faso, Chad, Mali, Mauritania, and Niger. Within northern Mali, the MINUSMA mission is working to uphold a peace agreement signed in 2015 by the government, pro-government militias, and other groups who want autonomy.