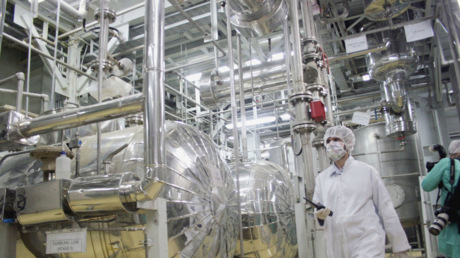 The International Atomic Energy Agency (IAEA) has called for an “immediate response” from the Iranian government after Tehran allowed a monitoring agreement with the nuclear watchdog to expire overnight.

The IAEA’s comments come after Iran failed to respond to a letter issued by the nuclear watchdog over agreeing on a new monitoring deal or extending the existing arrangement.

According to media reports, in a statement released on Friday by IAEA chief Rafael Grossi, the agency said that “an immediate response from Iran is needed in this regard” to allow for the continued “vital” collection of data from Tehran’s nuclear activities.

There has been no such response from Iran or its representatives to the IAEA’s statement.

The urging from the IAEA comes days after the UN agency warned that “it’s becoming increasingly difficult” to reach an agreement over the continued monitoring of Iran’s nuclear program.

The agency and Tehran had been in talks over the continuation of the monitoring arrangement, following the expiration of an original three-month deal and a further one-month extension on June 24.

The IAEA has raised concerns that another deal might not be reached until Iran’s new government is sworn in on August 5, limiting the watchdog’s ability to collect data for the next month. Iranian government spokesperson Ali Rabiei had previously claimed that a deal was likely to be struck before the end of the current government, but no progress has yet been made.

Iranian voters took to the polls on June 18 to hand hardline judiciary chief Ebrahim Raisi a landslide victory in the presidential election with 62% of the vote, though the contest was clouded by the lowest turnout in the country’s history.