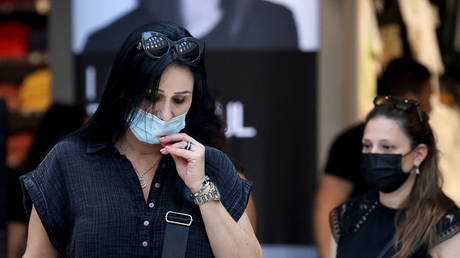 The Israeli government has reintroduced a mask mandate in public places, 10 days after scrapping the Covid restriction, as officials recorded 227 new coronavirus cases on Thursday despite the nation’s successful vaccine rollout.

The decision was announced via public radio by the head of Israel’s Covid response taskforce, Nachman Ash, over concerns that “infections are spreading” throughout the country, with case numbers “doubling over a few days.”

Health officials fear that the infectious Delta variant, first detected in India, is behind the rising case numbers, as its highly transmissible nature means it can spread rapidly among a population, putting the health of unvaccinated individuals at risk.

Israel’s decision to revert to the mask mandate 10 days after lifting it will be seen as a blow to the country’s government, which has been seen as running one of the most successful vaccination programs globally, having given at least one dose to 80% of adults.

However, despite the setback, Ash was clear that health officials still “hope the vaccines will protect us from a rise in hospitalisation and difficult cases.”

With Israelis set to celebrate pride this weekend, the health ministry has called on citizens to, once again, wear masks in crowded, outdoor spaces. This year’s pride march through Tel Aviv is expected to have crowds of tens of thousands of people, having been canceled last year due to the pandemic.

Also on rt.com
Israel to quarantine ANYONE deemed exposed to Delta strain of Covid-19, even those vaccinated or formerly infected

Recently appointed prime minister, Naftali Bennett, warned Israelis about a “new outbreak” earlier this week, establishing a new Covid testing facility at Ben Gurion international airport to limit the risk of new strains being imported into the country. This was paired with an announcement on Wednesday that Israel would be delaying its plans to reopen the country to international tourists.