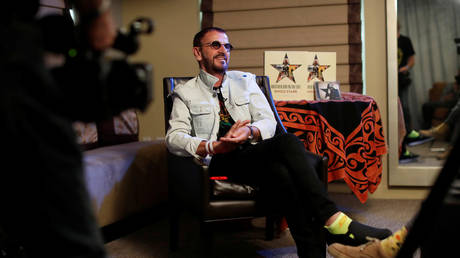 The Beatles drummer Ringo Starr has settled a trademark dispute with an adult-toy company over its ‘Ring O’ brand. The rock ‘n’ roll icon alleged the sex aid had a much too similar name that could have tarnished his reputation.

The entity is the parent company of Screaming O – a maker of sex toys that’s been in the marital-aid business since mid-2005. The company produced and marketed penis rings under the Ring O brand for over a decade, after it reached a coexistence agreement with the rock ’n’ roll icon back in 2008. Ringo Starr had already had his stage name trademarked in the US for years.

The truce between the musician and the adult-toy maker ended after Screaming O tried to trademark its Ring O brand. The move resulted in a lengthy legal battle that kicked off in 2019, with the musician’s lawyers stating he “wants nothing to do with the goods,” alleging that the sex-toy link would tarnish his “name, likeness, and brand.”

“Consumers will likely believe that [Starr’s] newest venture is sex toys – and this is an association that [he] does not want,” the documents filed by Starr’s lawyers said.

The adult-toy maker, however, shot back, accusing the musician of “trademark squatting.” Moreover, the company effectively suggested that Starr’s fans were far too old to buy the company’s product, while its target audience was unlikely to link the penis ring with the 80-year-old musician.

Only a “certain generation of customers” would associate Ring O with the Beatles drummer, while most customers would not do so, the company’s legal team had said, as it demanded the musician provide “specific facts” to back up its allegations.

The case has seen the filing of a few back-and-forth motions since then, with the two sides ultimately inking a new coexistence agreement. According to the deal, the Ring O can now get trademarked, but only for use in connection with “adult sex toys and desensitizing sprays.”

The brand must have a distinctive spacing between the “Ring” and the “O,” while the adult-toy maker promised to “avoid any activity likely to lead to confusion” between the penis ring and the musician and otherwise not to “degrade, tarnish or deprecate or disparage” Starr’s reputation and image.