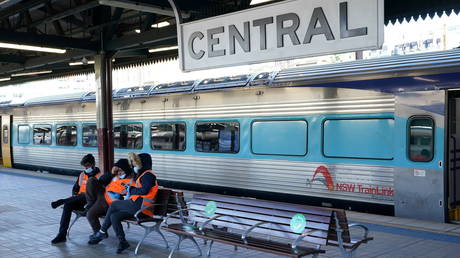 Australia’s largest city, Sydney, is placed under strict lockdown for two weeks, expanding on Covid-19 measures already put in place in some areas in order to contain an outbreak of the Delta variant.

The restrictions, which are going into effect on Saturday, mean that people can only leave home for essential work, medical care, education, or shopping. Authorities have argued that the measures are needed in order to stop the spread of the infectious Delta variant. Sydney has already recorded 80 cases linked to the Covid-19 strain.

“Even though we don’t want to impose burdens unless we absolutely have to, unfortunately this is a situation where we have to,” New South Wales state Premier Gladys Berejiklian said.

The lockdown is also applied to several regions surrounding Sydney. The rest of the state will have limits on public gatherings and require masks indoors.

More than a million people in the city’s downtown area, as well as nearby suburbs, were already put under lockdown on Friday, but officials decided that more stringent measures were necessary to rein in the variant.

The initial targeted restrictions were criticized by some healthcare professionals, who called for a total lockdown of the city. Earlier this week, Berejiklian warned that Sydney was entering its “scariest phase of the pandemic” due to the spread of the Delta variant.

Australia has fared better than many other nations in the fight against Covid-19, recording 30,422 cases and 910 deaths since the start of the health crisis.

The strict measures come as numerous countries around the world begin to reimpose Covid-19 measures amid concerns over the spread of the Delta variant, considered to be more contagious.