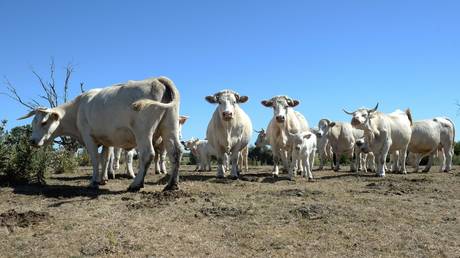 After years of talks, the agriculture ministers of EU member states have given their backing to a reformed version of the bloc’s farming subsidy program, which aims to be more environmentally friendly and fairer to small farms.

EU states and the European Parliament finally agreed to the deal to shake-up the 27-member bloc’s Common Agricultural Policy (CAP) on Friday.

The reformed policy will be implemented over five years from 2023 and earmarks some €387 billion ($461 billion) to be spent on focusing European agriculture more towards animal welfare and climate change, the EU Commission said in a statement.

“I do believe that the compromise we reached represents a very important and necessary step in reforming the CAP,” EU agriculture commissioner Janusz Wojciechowski said in a tweet after the meeting on Monday.

Also on rt.com
Solar panels are creating 50 times more waste than predicted, and much of it is toxic. Our race to ‘net zero’ is madness

“I’m sure that the new CAP will foster a sustainable and competitive agri sector that can support livelihoods of farmers and provide healthy and sustainable food for society.”

The deal ends three years of negotiations to change the farming policy, which the bloc launched back in 1962.

The new-look CAP will require countries to spend at least 25% of their payments to farmers by 2027 on so-called “eco schemes,” such as organic farming and pest management, as well as animal welfare.

Other details include that governments must redistribute at least 10% of CAP funds to smaller farms and 3% to younger farmers – those under 40 years of age.

Also on rt.com
Dutch court orders Shell to cut emissions, showing us who’s in charge (Hint: It’s not the people or their elected representatives)

While being hailed as a success by Brussels, the deal for a reformed CAP has drawn criticism from some who argue that the investment targets for green initiatives are not legally binding.

Among those are Dutch Green MEP Bas Eickhout, who said the agreed text is “not serious,” due to the lack of definition around eco schemes.

Wojciechowski addressed some of the concerns about the CAP’s green targets on Monday as he fielded questions from journalists.

The commissioner admitted such targets are non-legally binding “political goals,” but said he was “glad” an agreement had been reached for member states to provide evidence of how they were contributing towards meeting climate targets.