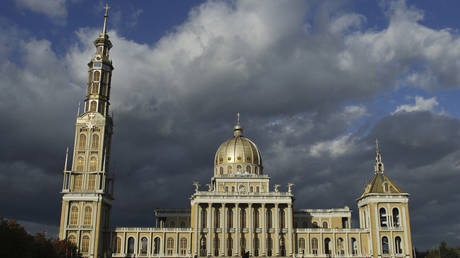 Religious authorities in Poland have warned that the country’s Catholic Church is facing a “wave” of allegations of sexual abuse against children and young people, and subsequent cover-ups by members of the clergy.

Speaking at a news conference on Monday, Adam Zak, who serves as the coordinator for the protection of young people at the Conference of the Polish Episcopate, said the Church was facing a “wave of revelations.”

You can see that this is not a downward trend, but there are persistently quite high figures.

The allegations raise concerns about the Catholic Church and its treatment of young people in Poland, as well as its handling of reports of pedophilia and abuse.

The investigation, conducted between July 1, 2018 and December 31, 2020, examined 368 reports of sexual abuse against minors, and found that 144 were credible, while 186 required further investigation. Only 38 were dismissed.

The most senior bishop of the Catholic Church in Poland, Wojciech Polak, apologized to “those who have been wronged and scandalized by the evil in the Church,” and asked for “forgiveness once again” from victims of clerical abuse.

This is the second such investigation in recent years to raise alarm, with a report released in 2019 showing that, between January 1990 and June 2018, 382 cases of alleged sexual abuse had been reported to the authorities.

The statement from the religious figures comes amid a Vatican investigation into the actions of Cardinal Stanislaw Dziwisz, following accusations of a cover-up within the Polish Catholic Church. Dziwisz, who served as Archbishop of Krakow from 2005 to 2016, has been the subject of a complaint that alleged he covered up sexual abuse by clergymen in the diocese of Bielsko-Zywiec. The Vatican sent Angelo Bagnasco, former Archbishop of Genoa, to Poland earlier in June to investigate the allegations.