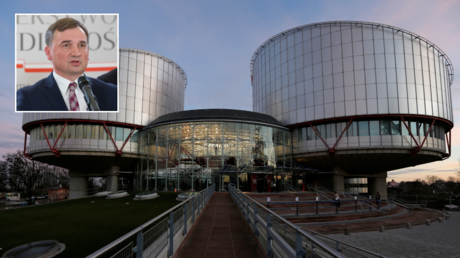 The decision by Polish Justice Minister Zbigniew Ziobro to dismiss court officials without appeal violated their right to challenge their early removal from the posts, the European Court of Human Rights (ECHR) has ruled.

Following a series of judicial reforms introduced by Poland’s ruling Law and Justice Party since 2015, judges Mariusz Broda and Alina Bojara were removed from their positions as vice presidents of the Kielce Regional Court without justification or the right to appeal their firing.

“As the premature termination of the applicants’ term of office as court vice-presidents had not been examined either by an ordinary court or by another body exercising judicial duties, the respondent state had infringed the very essence of the applicants’ right of access to a court,” the ECHR stated in its judgement on Tuesday.

For violating their rights, the ECHR ruled that Poland should pay the two judges €20,000 ($24,810) each in damages, though the Polish government has three months to appeal the ruling.

While the Polish Justice Ministry said it would comment after reviewing the verdict, the country’s prime minister, Mateusz Morawiecki, told a press conference that his government will “respect the court.” The PM also made it clear that his officials will continue “implementing our programs, including the reform of the justice system, in line with our schedule.”

The judicial reforms, which were criticized by the EU when they were introduced for infringing on the independence of the courts, gives the justice minister the power to both hire and fire judges.

After the new rules were brought in, the minister removed more than 150 court presidents and vice presidents within a six-month period spanning part of 2017 and 2018.