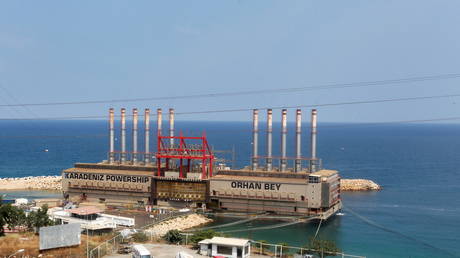 Energy firm Karpowership has said it will once again supply electricity from two of its ships to energy-threatened Lebanon, after the Turkish company stopped providing power to the Middle Eastern nation last month.

Lebanon has been racked by daily power cuts amid its economic crisis for months, and had relied on accessing 370 megawatts of electricity – around 25% of its total supply needs – from a pair of barges run by Karpowership.

However, in May the firm announced it was halting its provisions, claiming it had not been paid by Lebanon for 18 months, was owed more than $100 million, and had been hit by allegations of corruption, which it denies.

On Tuesday, Karpowership announced that it would immediately resume power supplies to Lebanon from its vessels, the Orhan Bey and the Fatmagul Sultan, docked off the country’s coast.

In a statement it described the move as a “goodwill gesture” and said it was looking forward to “constructive” talks with the Lebanese government to resolve the current issues.

“Karpowership is deeply aware of the daunting challenges that Lebanon is facing today and has demonstrated its continued support as far as possible,” the company said.

In an apparent reference to the earlier allegations, the energy firm acknowledged the “disappointing events” of recent months, but said it was determined to find a “workable solution.”

Lebanon faces shortages of electricity, fuel and other key supplies caused by a mountain of debt and a collapsed economy.

Protests against the crisis have taken place across the country, while some areas have witnessed outbreaks of violence at gas stations as residents queue for hours on end to fill up fuel tanks.

Lebanon’s Ministry of Energy on Tuesday announced a 35% increase in gasoline prices, a move that could significantly raise the prices of most commodities.

It came after caretaker Prime Minister Hassan Diab on Friday approved a plan to effectively decrease the country’s expensive fuel subsidies in a bid to secure supplies for the next three months.