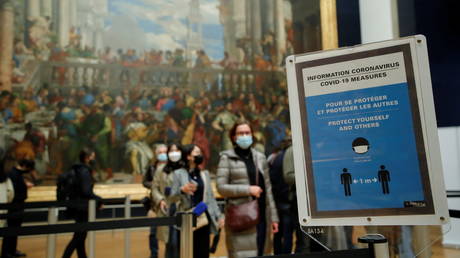 France’s President of the Scientific Council Jean-François Delfraissy has warned of a potential fourth wave of Covid-19 that will hit the country in autumn, based on trends from last year and the presence of the Delta variant.

In an interview with France Inter on Wednesday, Delfraissy raised the possibility of a fourth wave in France. Even though cases appear to be decreasing domestically, another surge cannot be ruled out, he claimed.

“There is this contrast between the extremely low-incidence figures in France, which are falsely reassuring in some respects. Because we’re going to have a summer where each of us – me, the first – we’ll relax, we want to live, I understand it perfectly. We have the notion that there is vaccination. And we must remember last summer. We were at roughly comparable figures at the end of June 2020, and we saw the second wave arrive from September,” Delfraissy explained.

While general trends show that France’s case rates and hospitalizations continue to decrease, he implored the population to “be realistic and conscious” about the reality of the Covid-19 pandemic.

On Tuesday, French Minister for Health Olivier Veran shared details showing that the Delta variant now accounts for one in five cases in the country.

However, Delfraissy offered some positive news suggesting that, due to increased vaccination, the fourth wave would be different to the previous three as inoculations offer more protection. Some 21.7 million people in France have been fully vaccinated as of June 28.

France is not alone in predicting a potentially bad winter ahead, as a top UK Scientific Advisory Group for Emergencies (SAGE) member, Professor Andrew Hayward, said that a fourth wave wasn’t just possible, but likely.

France’s daily average of cases stands at around 1,815. In comparison to last autumn, the country recorded a staggering 58,665 cases in a single day after infections began to creep up in September, but skyrocketed in November. Deaths have continued to fall since April, and the country reported 33 mortalities on Tuesday. The average daily rate of new hospitalizations is around 127 people, down 22.1% since last week.