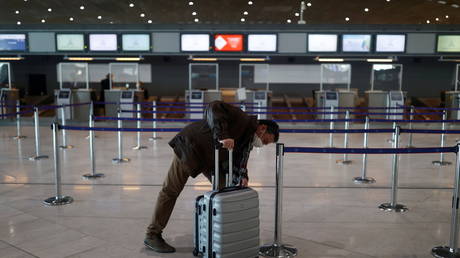 People traveling through two of Paris’ main airports have been warned to expect “possible delays” after three French trade unions announced workers would strike over a controversial new contract plan.

From Thursday, five days of industrial action at the French capital’s Charles-de-Gaulle and Orly airports could cause disruption for travelers, the operator Groupe ADP said in a statement on Wednesday.

The UNSA union has planned strikes from Thursday to Monday, while the CGT and CFE-CGC have said their action will last from Friday to Monday.

Workers are calling on ADP to scrap its new contract arrangements, which would see some staff bonuses axed. The state-funded operator has defended the proposals as part of what it says is a necessary cost-cutting drive amid the Covid-19 pandemic.

“From 1 to 5 July: industrial action by some Paris Airport staff. Road access disruptions and possible flight delays are expected,” ADP said in a statement.

⚠️From 1 to 5 July: industrial action by some Paris Airport staff. Road access disruptions and possible flight delays are expected.
➡️Anticipate your arrival at #CDG or #Orly airport
➡️Contact your airline to check your flight statushttps://t.co/7PD9q1APlR

Despite the planned walkout, SNCF said all Transilien, TGV Inoui, Ouigo, Intercités, Eurostar and Thalys trains will run as planned, apart from the TER service, which will be “almost normal.”