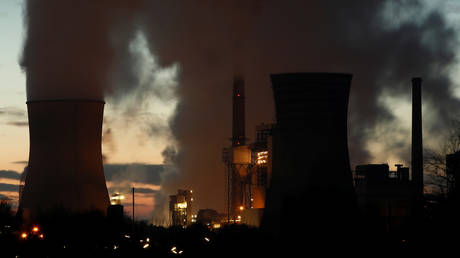 France’s highest administrative court, the Council of State, has set a nine-month deadline for the government to take “all the necessary steps” to meet its climate targets or face potential financial sanctions.

The ruling, handed down on Thursday, came after a case was filed by the coastal town of Grande-Synthe, seeking to put legal pressure on the French government over its target of reducing emissions by 40% by 2030, compared with 1990 levels – an aim it cannot achieve.

French Prime Minister Jean Castex was ordered by the court to ensure his government takes “all the necessary steps to curb greenhouse gas emissions” by March 31, 2022.

Failure to hit the March 2022 goal could result in the court imposing substantial financial sanctions on the government, although the exact penalty was not specified in the Thursday ruling.

Corinne Lepage, who represented Grande-Synthe in court and served as France’s environment minister during the 1990s, described the court’s judgement as “historic.” A group of French climate campaigners, including Oxfam France and Greenpeace France, echoed this view, stating that “the noose is tightening on the government” to tackle global warming.

In 2017, shortly after his election as president, Macron declared that France would work to “make our planet great again,” mocking then-US president Donald Trump’s campaign slogan after America announced its withdrawal from the 2015 Paris climate accord.

Grande-Synthe filed a case before the Council of State over concerns that the government wasn’t taking enough action to address climate change. The coastal town has raised concerns about being flooded by rising ocean levels due to its position on land reclaimed from the sea.