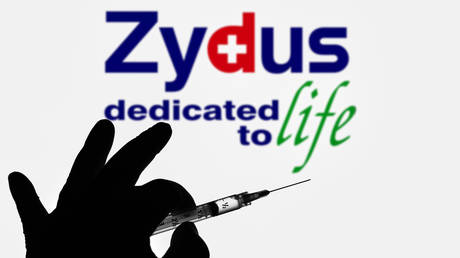 An Indian drugmaker has applied for Emergency Use Approval (EUA) for its Covid-19 vaccine, which is administered in a three-dose regimen. The firm claims the shot is the first ever plasmid DNA vaccine.

In a press statement on Thursday, Indian pharmaceutical giant Zydus Cadila said it had conducted India’s largest Covid-19 vaccine trial to date when testing the effectiveness and safety of its new shot. The trial, it says, took place during the wave caused by the Delta variant.

The firm stated that they had applied to the Indian medical regulator with strong results, noting that their vaccine had been proven to be effective against multiple new strains of the virus, including the Delta variant which was first identified in India. The vaccine was also tested on adolescents aged 12-18, the first time this has happened in the country.

Zydus claims that the vaccine is 66.6% effective at preventing “symptomatic RT-PCR positive” cases in its interim analysis. “Whereas, no moderate case of Covid-19 disease was observed in the vaccine arm post administration of the third dose suggesting 100% efficacy for moderate disease,” it adds, while also confirming that no severe cases or deaths were observed.

Zydus says the plasmid DNA technology is “ideally suited” for beating Covid-19, noting that it can be easily adapted, and adding that the vaccine is the world’s first plasmid DNA shot. The vaccine works by injecting genetically engineered plasmid containing the DNA sequence of the pathogen.

The statement adds that it is an intradermal vaccine, meaning it can be administered using “The PharmaJet needle free system.” The system delivers medicine to intramuscular and subcutaneous tissue depths without needles; something that may prove useful in a world competing for needles and syringes. It has also been reported that a fear of needles has stopped some from being vaccinated.

Zydus’s vaccine, which would be the fifth approved in India, would provide Delhi with another weapon to fight the virus which has ravaged the country. The firm aims to produce 120 million doses annually.