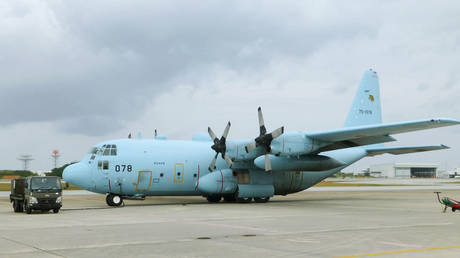 The Japanese embassy in Manila has announced that Japan and the Philippines will deepen their defense ties by holding their first-ever joint exercises next week, in an apparent attempt to counter Chinese influence in the region.

In a statement on Thursday, the Japanese embassy hailed the drills as a “significant milestone” in defense cooperation between the two nations. They will begin on July 5 at Clark Air Base, on the Philippines’ Luzon Island, and last for three days.

The exercises will focus on air-to-air bilateral training in humanitarian and disaster relief, and feature a Japanese Air Force Lockheed C-130 Hercules that will simulate the delivery of relief goods to isolated areas while being operated by Japanese and Philippine airmen.

“Japan and the Philippines are both natural disaster-prone countries and there is so much we can share on disaster relief operations for saving lives,” said Major Mizuno Masaki, unit commander of the Japanese Air Self Defense Force, in the statement.

Tokyo previously helped deliver aid to the Philippines Typhoon Haiyan, known in the Philippines as Super Typhoon Yolanda, devastated parts of the country in 2013, killing more than 6,000 and leaving thousands homeless.

The statement also stressed that Tokyo was committed to the rule of law in the Indo-Pacific region. The US and its allies believe this has been undermined by Chinese territorial claims and actions in the region.

The Philippines and Japan have overlapping claims with China in the South and East China Seas. Beijing’s claims to the waters and the islands within them have largely been dismissed as groundless by both its East Asian neighbors and the international community.

Last month, Tokyo blasted China, claiming that Beijing had sailed ships near the contested Senkaku Islands, while the Philippines has been in an ongoing war of words with Beijing over the presence of Chinese vessels in reefs in the Philippines’ exclusive economic zone.

Beijing has called on other nations to desist from challenging its historic rights to vast areas of the East and South China Seas, using a line of demarcation known as the ‘nine-dash line’ to mark its territory.