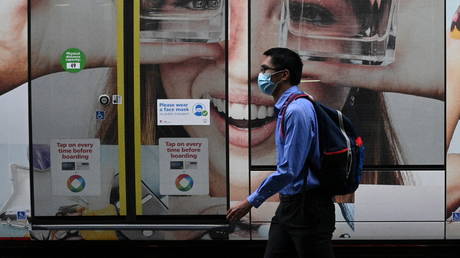 Officials in the Australian state of New South Wales have warned that the current two-week lockdown has failed to curb the spread of the Delta Covid variant, with new cases springing up for a third consecutive day.

The state’s capital, Sydney, was placed under strict Covid restrictions until at least midnight on Friday 9 July amid a rise in infections linked to the Delta variant, first detected in India.

Despite residents having been asked to follow ‘stay at home’ rules and social distancing measures to slow the spread of the virus, authorities reported 24 new cases on Thursday, with half of those infectious individuals believed to have spent time in the community.

New South Wales Premier Gladys Berejiklian described the growing number of cases as “a cause of concern,” suggesting that people with Covid-like symptoms are ignoring the lockdown order.

With the current measures failing to halt the emergence of new clusters, the regional premier stated that officials would be weighing the impact of the lockdown orders in “the next few days,” and considering whether they have been effective enough.

The Australian government is facing an outbreak of infections in a number of areas across the country, despite strict border control measures designed to prevent the nation from importing new strains of the virus.

Sydney is in lockdown, alongside Brisbane, Darwin, and Perth, in an attempt to stamp out infections. Alice Springs, the outback town that is home to the Uluru world heritage site, was added on Wednesday amid concern over an infected individual who was in the city’s airport for several hours.

While Australia has largely managed to contain the virus during the pandemic, reporting only 30,562 cases and 910 deaths from the disease, its ability to halt the spread of the virus has been hampered by a slow vaccine rollout. With the federal inoculation drive underway, officials have only managed to fully vaccinate 8% of the country’s adults in four months.