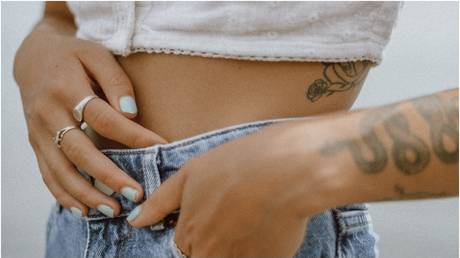 The leader of a French leftist party has compared President Emmanuel Macron to Iranian ayatollahs or the “clothing police,” after Macron disapproved of teenagers wearing crop tops in school.

In an interview with Elle magazine, Macron was asked what he thinks about teenagers sporting the midriff-revealing crop tops outside of or in schools. “I’m all for freedom,” the president replied. “But freedom is only valid when there are rules for living in a community.”

At home or with friends, it’s one thing. At school, I’m a more of a ‘proper attire required’ kind of person, for both girls and boys.

“I’m not an advocate for uniforms, but everything that surrounds our identity, a desire to shock… doesn’t belong in school,” Macron said.

Macron’s remarks were criticized and mocked by Jean-Luc Melenchon, the leader of the leftist La France Insoumise (France Unbowed) party, who compared the president’s stance to that of the religious leaders of Iran.

“So now we have two thinkers on women’s clothes – Ayatollah Khomeini, who was then followed by Ayatollah Khamenei, and Monsieur Macron – who decide if a young woman, a girl or a child behaves properly,” Melenchon said.

France has fallen into a kind of madness where we’re gradually moving towards a clothing police.

In September, activists on social media urged French high-school and college students to show up in skirts and crop tops to classes in order to protest against what they said were sexist dress requirements. Education Minister Jean-Michel Blanquer supported the schools’ right to enforce the wearing of “normal attire.”

Citizenship Minister Marlene Schiappa expressed the opposite opinion, supporting the students’ freedom to dress however they like, as did Gender Equality Minister Elisabeth Moreno.