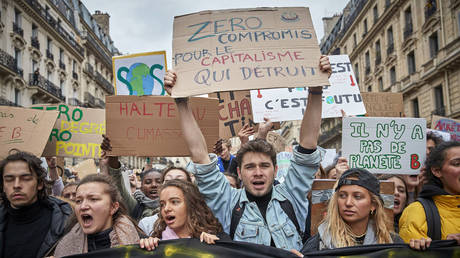 The French national senate has rejected holding a public vote backed by President Emmanuel Macron on whether the country’s fight against climate change should be enshrined in the constitution.

In a vote on Monday, France’s upper house adopted at second reading a new bill on the environment pushed for by the Citizens’ Climate Convention, a 150-member assembly set up by Macron

Senators passed the text by a majority of 210 votes for to 127 against, after rejecting the bill in its previous incarnation in May over the use of the terms, “guarantee” and “fight.”

France’s lower house, the National Assembly, where Macron has a majority, adopted an amended version of the text at the end of June, which replaced the word “fight” with “act.”

The version passed on Monday says that France “preserves the environment as well as bio-diversity, and acts against climate change under the conditions laid down in the Environment Charter of 2004”.

The bill’s passage deals a blow to Macron’s promise of a referendum on constitutionally protecting the climate change fight, because both houses of parliament must agree on the same text in order for a public vote to take place.