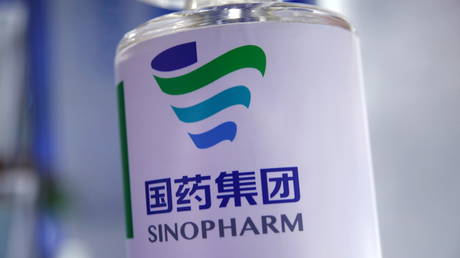 After China accused Australia of using “political manipulation” and “bullying” to subvert its Covid vaccine rollout to Pacific nations, Canberra has denied the claims and cited a “moral and economic responsibility” to the region.

Since May, the Chinese-made Sinopharm vaccine has been distributed to a number of Pacific island countries, including the Solomon Islands and Papua New Guinea (PNG). Two weeks ago, some 200,000 doses of the vaccine were delivered to PNG, where infections have spiked.

Meanwhile, Australia has been off-loading several thousand shots of domestically-manufactured AstraZeneca vaccine in the region. Confidence in the vaccine has been hit in Australia by confusing official vaccination advice and growing concerns in recent months about the risk of rare, but potentially deadly, blood clots.

Approving the use of Sinopharm, PNG health minister Jelta Wong had said in May that those “not comfortable with taking the AstraZeneca” vaccine had the choice of opting for “another vaccine that they are comfortable” taking.

However, over the past week, reports in Chinese news publications have accused Australia of working to “undermine China’s vaccine cooperation with Pacific Island countries.”

According to the Global Times newspaper, Australia had “planted several ‘consultants’ in the national epidemic prevention center in Papua New Guinea”. The paper also accused Australia of “working in the shadows” to block emergency-use authorization for Chinese vaccines in PNG and “threatening senior officials from welcoming Chinese vaccines.”

At a press conference on Monday, Chinese foreign ministry spokesperson Wang Wenbin doubled down on those accusations, branding those in Australia who “take advantage of vaccine issues to engage in political manipulation and bullying coercion” as being “callous to the life and health of the people in PNG.”

“What they have done is a breach of the basic humanitarian spirit and gravely undermines global anti-pandemic cooperation. China voices its deep concern over and firm opposition to such irresponsible behavior,” Wang said.

Noting that China saw vaccines as a “global public good” and had no “geopolitical agenda” or “political strings” attached to its rollout, Wang urged Australia to “stop disrupting and undermining vaccine cooperation between China and Pacific island countries” and “work together to… advance international anti-pandemic cooperation with concrete actions.”

It is likely that Wang was referring to comments made in recent months by several senior Australian officials, including Frances Adamson, who heads Australia’s foreign affairs department. In March, Adamson discussed China’s “vaccine diplomacy” during a parliamentary spending hearing.

Stating that she had read “second- or third-hand” reports of vaccines being offered “with strings attached”, Adamson said “it would not be surprising if there were conditions attached in some instances” when it came to vaccine distribution.

In PNG on a trip to bolster “cooperation on health security and infrastructure”, Australia’s minister for international development and the Pacific, Zed Seselja, said any claim that Canberra was interfering with China’s vaccine distribution was “absolutely not the case” and “rejected by the Australian government”.

In an interview with the ABC network, Seselja said the Australian government was “fulfilling our moral and economic responsibility” to the region.

“We come to these issues in good faith, and we’ll continue to do things that are in the interests of our region and in the interest of our friends and neighbours, most particularly PNG,” Seselja told ABC.

He said that those who subscribed to China’s view should “look at Australia’s record during this period, and over a long period of time, of providing high-quality healthcare support and providing vaccine support.”