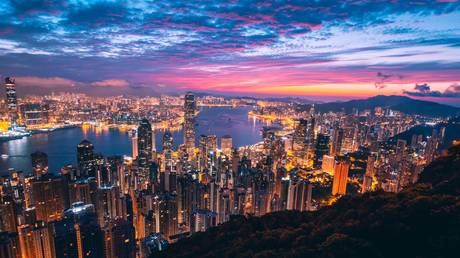 The Asia Internet Coalition, which includes Apple, Google, Facebook and Twitter, sent a letter on June 25 threatening to halt services in Hong Kong if the city proceeds with plans to implement a privacy law that the companies claim are “not aligned with global norms and trends.”

The law would see individuals who release personal data without consent with the intention of intimidating, harassing or causing harm to an individual or their family members, face a year in prison and a fine of up to one million Hong Kong dollars ($128,731).

Responding to the threat from the tech giants, Lam rejected their concerns by stating that the law change would only punish those who illegally dox people, rather than being used to curtail free speech, as the industry body has claimed.

“There is wide support that doxing should be legislated against. The amendment exercise is to address the issue of doxing,” Lam stated.

The change to the China-controlled region’s privacy legislation was flouted by Hong Kong’s leadership after the region’s 2019 protests. The unrest saw anti-government activists release the personal details of police officers, including home addresses and the details of children’s schools, which officials claims resulted in threats against their families.

Defending the new anti-doxxing law, Lam likened the opposition it’s facing to the criticism levelled against the National Security Law that was implemented in 2020. The chief executive claimed the security legislation had been “slandered and defamed” by rights groups that suggested it would be abused to crush freedom.