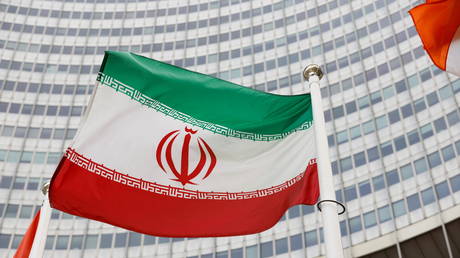 Iran’s Foreign Ministry spokesman has slammed the UK, Germany and France after they accused Tehran of a “grave breach” of its uranium enrichment obligations. The Western nations did not fulfil their obligations either, he said.

These nations “consider Iran’s action a violation of its obligations,” Foreign Ministry spokesman Saeed Khatibzadeh told Iran’s ISNA news agency on Wednesday, commenting on the latest statement by the three European countries. Yet, they have never met their own obligations, he countered, adding that the trio had caved in to America’s “oppressive pressure” instead.

Tehran is ready to suspend what it calls “compensatory measures” as soon as sanctions imposed against it by the US are lifted, Khatibzadeh said.

Iran began breaching the terms of the 2015 nuclear deal, officially known as the Joint Comprehensive Plan of Action (JCPOA), after then-US President Donald Trump unilaterally withdrew from it in 2018 and reintroduced US sanctions against Iran. He also later slapped the country with additional sanctions.

On Tuesday, Tehran informed the International Atomic Energy Agency (IAEA) that it was enriching uranium metal to 20% at its Tehran Research Reactor. Uranium metal can be used to make the core of a nuclear warhead.

The development immediately prompted Berlin, London and Paris, which are all parties to the 2015 nuclear deal – alongside the US, Russia and China – to issue a damning joint statement accusing Iran of a “grave breach” of its obligations under the JCPOA.

“Iran has no credible civilian need for uranium metal R&D and production, which are a key step in the development of a nuclear weapon,” the statement said.

Also on rt.com
Iran accuses Israel of June sabotage attack at nuclear site, says it caused ‘no damage to equipment’

According to Khatibzadeh, though, this enrichment is needed for “peaceful, medicinal and humanitarian uses.”

The three states also urged Tehran to stop the violations and return to the negotiating table in Vienna, where the original signatories to the deal have been working for months to mediate indirect talks between Iran and the US. The talks began after America’s President Joe Biden demonstrated his willingness to return to the deal.

“The Islamic Republic of Iran has always spoken of its readiness to resume its obligations if the US sanctions are lifted and has clearly conveyed these points to the other side during the Vienna talks,” Khatibzadeh said on Wednesday. The spokesman added that Tehran would never tolerate any form of pressure, and the past years have shown that Trump’s ‘maximum pressure’ approach has failed.

Earlier this year, Iran announced uranium enrichment to an even higher level of purity – 60% – in response to an alleged Israeli attack on its Natanz nuclear facility. The Vienna talks have meanwhile paused after their sixth round in late June, and no new date for the restart of negotiations has been announced yet.

Also on rt.com
Iran says neither positive nor negative decision made on renewing monitoring deal with IAEA