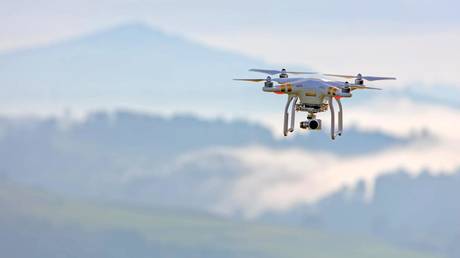 France has successfully used an experimental laser weapon to destroy a drone mid-flight, Minister of the Armed Forces Florence Parly has said. The new tech could be deployed under security measures for the next Olympic Games.

The Directorate General of Armaments (DGA) tested the technology in the town of Biscarrosse on France’s southwestern Atlantic coast on Wednesday.

The government wants to harness the experimental anti-drone technology as part of its security strategy for the Paris 2024 Olympic Games.

The Ministry of Armed Forces has said the threat posed by drones is “increasing,” both in France and foreign countries.

“We need to adapt to a constantly changing threat and the increasing ability of drones to escape jamming devices or conventional missile shields,” it said in a statement.

Similar systems have been developed by the US and Israel, while Germany and the UK are also working on prototype anti-drone technologies.

The model tested by France on Wednesday, made by French company Cilas, is apparently able to identify commercial drones up to 3km (1.8 miles) away.

Its laser is a million times more powerful than that used by QR code readers and can take down a target from a kilometer away in 10 seconds, according to the Ministry of Armed Forces.

The 2-kilowatt laser, which is housed in a mounted cannon, can damage the drone directly or dazzle it with precision fire.

Also on rt.com
Drones, robots, lasers, hypersonic gliders & other high-tech arms: Putin wants Russian military to be up to any future challenge

France currently has so-called anti-drone “jammers” that work by blocking the frequencies on which drones operate, but the technology will become obsolete in the next few years, according to the ministry.

Earlier this year, the US signed a $2.5 million five-year agreement with Boeing for its ground-based anti-drone laser systems, which can be attached to vehicles or ships.

Last month, Israel’s armed forces successfully shot down several drones with a plane-mounted laser, according to the country’s defense ministry.