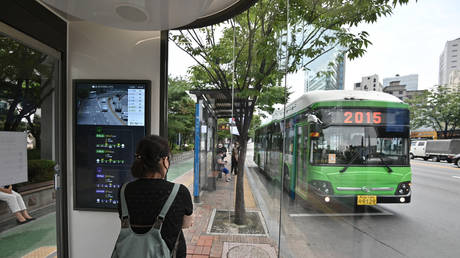 Authorities in South Korea’s capital Seoul have decided to scale down bus and subway schedules in an effort to stop the spread of Covid-19, while the government is considering stricter social-distancing rules.

Bus and subway services will be cut by 20% after 10pm starting Friday, Seoul Mayor Oh Se-hoon said, as quoted by Yonhap.

Oh ordered the staff at schools, restaurants, cafes, karaoke and internet cafes to get tested for Covid-19, and pledged to boost the number of temporary testing centers in the city.

“We are asking people to refrain from non-essential travel as much as possible,” the mayor said. He wrote on social media that Seoul has been experiencing “the biggest crisis” in terms of the spread of the infection.

The South Korean capital recorded 583 news cases on Wednesday, which is the biggest daily increase since the start of the pandemic. It was reported that the virus was spreading among young people who have so far largely been ineligible for vaccination in the country. The mayor previously asked the government to allocate more vaccines to Seoul so the city officials could vaccinate more young people.

Overall, 1,212 cases were reported in South Korea nationwide on Wednesday – the second-highest number since December 25.

Prime Minister Kim Boo-kyum said that authorities may consider “the toughest degree of social distancing, if the Covid-19 situation does not improve in the next two or three days.” Under the current rules, no more than two people can socialize at once after 6pm, the Korea Herald reported.

Kim said that relaxing some of the quarantine rules in Seoul and surrounding areas, which was initially planned for July 1 and has already been delayed, will be postponed for another week.