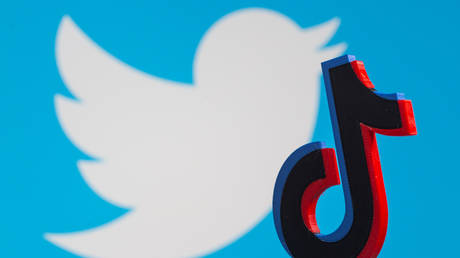 The denizens of TikTok have swarmed to other platforms en masse after widespread technical issues on the app, as desperate users report losing their videos and followers, while others remain locked out of the site altogether.

Tens of thousands of netizens reported problems on Down Detector on Tuesday, with TikTok itself acknowledging the glitches in a brief statement, saying it is working “quickly” to return the site to working order.

The TikTok app is currently experiencing some issues, which our team is working quickly to address. Thank you for your patience!

Many TikTok users were more panicked than patient, however, taking to Twitter to decry the outage, some saying that they had gone through the “five stages of grief” waiting for their profiles to load back up.

me going through the five stages of grief every time i check tiktok again #tiktokdown pic.twitter.com/m8HSJl0pPJ

my phone to me after turning it off calling 911 and deleting everything just to see if tiktok works every 5 minutes #tiktokdown pic.twitter.com/DsefGLoMgz

Me after checking TikTok for the 34th time and being disappointed yet again #tiktokdown pic.twitter.com/3IzWUum5b3

Others also noted that they were able to access the site, but were missing all of their videos, followers, likes and, in one case, even a username.

Me when I reopen tiktok and see it’s working but my videos are gone #tiktokdown pic.twitter.com/5dUJno94ck

lost all my followers , likes and my username just deleted in my face and then it logged me out !!! I was on it when it happened I was like wth ? It won’t let me log back in asking for verification over and over .

One commenter neared their breaking point, saying they were “THIS close to committing arson” over the TikTok blackout, which lasted for several hours for some users, though others were more resigned to their fate, suggesting it might be time to “be a menace on another app.”

my TikTok is playing with my feelings now cause it will work and then all of a sudden boom it’s down again. LIKE PLEASE JUST PICK ONE #tiktokdown pic.twitter.com/RAf5tbSexT

Since TikTok is down, it’s time for me to be a menace on another app.