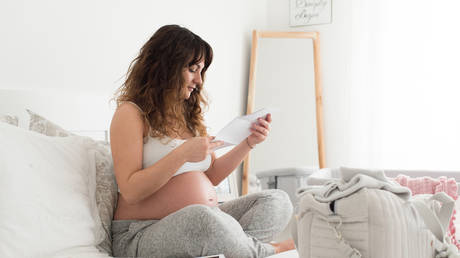 China’s largest genomics firm has hit back at assertions it shares data from a popular prenatal test kit with the country’s military, branding the claims raised in a Reuters report “deeply disappointing” and “factually incorrect.”

In the article published on Wednesday, Reuters contended that Shenzhen-based BGI Group could be sharing data collected from its NIFTY (or non-invasive fetal trisomy) test – used by more than eight million women worldwide – with Chinese authorities when it was “directly relevant to national security or national defense security.”

Citing a number of “publicly available documents,” the agency also reported that the company had “collaborated with the People’s Liberation Army (PLA)” to develop and improve the non-invasive prenatal test (NIPT), which screens early pregnancy blood samples for fetal abnormalities.

“Contrary to assertions by Reuters, BGI’s NIPT test was developed solely by BGI – not in partnership with China’s military. BGI has never been asked to provide, nor has it provided data from its NIFTY test to Chinese authorities for national security or national defense security purposes,” the company said in a statement.

Noting that the NIFTY test had led to “better health outcomes” for millions of women and “saved lives,” it noted that “assertions that BGI is motivated by anything other than the advancement of health outcomes are both deeply disappointing and factually incorrect.”

Also on rt.com
China’s vaccine diplomacy provides a glimpse of how a multipolar world might look… one free of suffocating US bullying

The statement mirrored BGI comments buried in the Reuters report, which found “no evidence BGI violated privacy agreements or regulations” despite reviewing “more than 100 public documents.”

In response to the story, China’s foreign ministry said Reuters’ findings reflected the “groundless accusations and smears” of US agencies.

The report noted warnings from American government bodies such as the US National Counterintelligence and Security Center, which noted that “women taking the NIFTY test abroad should be concerned by a privacy policy that allows data to be shared with Chinese security agencies.”

“Non-invasive prenatal testing kits marketed by Chinese biotech firms serve an important medical function, but they can also provide another mechanism for the People’s Republic of China and Chinese biotech companies to collect genetic and genomic data from around the globe,” the agency is quoted as saying in the report, which also notes that the US sees this as a “national security threat.”

However, the NIFTY test – which was patented in 2011 and has been marketed outside China since 2013 – is not sold in the US, despite being offered in some 52 countries, including the UK, the EU, Canada, Australia, and India, among others.

In addition to “genetic information” about the mother and fetus, the report stated that a review of the company’s “computer code” showed the test “captures personal information, such as the customer’s country, weight, height, and medical history.”

The report also noted that the leftover blood samples and genetic data from the tests were sent to BGI’s Hong Kong laboratory for “population research.” Reuters claimed to have found the data of more than 500 women, some of them from Europe and Asia, “stored in the government-funded China National GeneBank in Shenzhen, which BGI runs.”

Refuting this finding, the BGI said, “DNA data collected from prenatal tests on women outside China are not stored in China’s gene bank.”

“All NIPT data collected overseas are stored in BGI’s laboratory in Hong Kong and are destroyed after five years, as stipulated by General Data Protection Regulation (GDPR),” the firm said, referring to the EU’s 2016 data privacy standards. It added that the company’s research standards meet “strict national and international requirements.”

“At no stage throughout the testing or research process does BGI have access to any identifiable personal data or the ability to match that data with personal records,” it added.

Similar findings about BGI’s purported links to the Chinese authorities were raised in a Reuters report earlier this year that cited warnings by US security officials against using Chinese Covid test kits such as those sold by the company, due to a “concern” about how the genetic data gathered would be used.