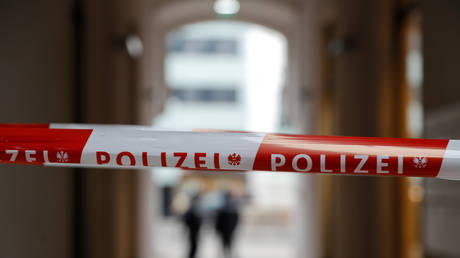 Austria is reeling from a tragedy that saw a 13-year-old girl dying after being drugged and gang-raped. Yet a local feminist group seemed more enraged by media reporting the suspects’ nationality and casting shadow on refugees.

A group of activists from the group ‘Alerta Feminista’ broke into the offices of oe24 – the web portal of the Vienna-based daily newspaper Österreich – late on Wednesday, seeking to force their way into the editorial newsroom. The left-wing anarchist group eventually reached the sales office, where they engaged in a heated verbal exchange with the eo24 employees. The outlet claimed some of its female employees were physically attacked by the activists but sustained no injuries.

The 20 or so activists that had their faces covered sought to protest what they called “racist reporting” on a high-profile incident that shocked the Alpine nation almost two weeks ago. Their outrage was apparently triggered by the fact that oe24 revealed the nationalities of suspects in a horrific rape and murder case that is still under investigation. Four Afghan nationals have been accused of drugging and raping a 13-year-old girl who was found dead in Vienna on June 26.

“You say sexual violence against… women, lesbians, intersex non-binary and trans people is imported. We say violence against [them] is the cruel consequence of a sexist society, capitalism and patriarchy,” read a leaflet brought by the activists, according to eo24. Eventually, the group fled once police arrived at the scene.

Niki Fellner, the oe24 managing director, condemned what he called a “violent incursion” and denounced the attacks against their female employees, who were “terrified” by the encounter. He also demanded the authorities take harsh measures against those responsible.

The case of the brutalized 13-year-old, identified only as Leonie, continues to roil Austria. She was found wrapped in carpet on a strip of grass in northeastern Vienna, and paramedics failed to revive her. While a detailed autopsy is still pending, on Wednesday multiple media outlets reported some of the grisly details.

Citing initial investigation results, the newspaper Kurier reported that Leonie met two of the suspects at the Danube Canal, where they “pumped her full” of ecstasy and later drove her to an apartment of another Afghan, where the fourth suspect awaited as well. There she was given more drugs and raped “for hours” by at least two of the men, until her heart eventually gave out.

A medical examiner found fingerprints on the girl’s neck as well as signs of compression on her chest, suggesting that someone could have pressed his knees against her body, Kurier reported.

When the girl showed no signs of life, the suspects allegedly tried to “revive” her by pouring milk and yogurt into her mouth and putting her body in a shower. Eventually, they wrapped her in a carpet and left her on the side of the road nearby. Their apartment was later found by a police sniffer dog.

According to the investigation sources cited by Kurier, traces of a “massive” dose of ecstasy were found in Leonie’s body. She might have been given heroin as well, the paper claimed.

Austrian police managed to arrest three of the four suspects, who continue to deny all the charges related to rape and murder while blaming each other for the incident, local media reported. All are Afghan nationals, ranging in age between 16 and 23.

One of the suspects, a 18-year-old, allegedly pleaded guilty to a failure to administer help, but denied all other charges. He also mocked the victim by saying that it was her “own fault that she died.”

“She took drugs and ran away from home,” he told interrogators, according to the Heute newspaper.

Two of the four suspects have had their asylum applications denied and were known to the police due to previous convictions, including drug trafficking. One of them, a 22-year-old who is still on the run and was put on an international wanted list, had been convicted three times already and was cleared for deportation back in 2017.

The victim’s family is planning to sue the Austrian government. Their lawyer, Florian Hoellwarth, said the suspects “presented a threat to the population” and had to be better monitored by the authorities.

A group of Austrian pro-asylum and anti-racism NGOs have pushed back, accusing the media and politicians of trying to play an ethnic card in this case. The NGOs demanded a stop to “racist diversionary actions” and called on the authorities to focus on preventing murders of women instead.

A debate on asylum-seekers would stir up “generalized racist prejudices” that would harm some 40,000 Afghans living in Austria, said the group, which includes Asylum Coordination Austria and the Association of Autonomous Austrian Women’s Shelters.

The NGOs claimed that Leonie’s death would be “politically instrumentalized” to launch an attack on a group that “cannot defend itself,” which would be “disrespectful and reprehensible.” They also called for a halt to deportations to Afghanistan, arguing that a criminal sentence does not justify sending people to a country where they could face death or torture.

Austria’s Chancellor Sebastian Kurz, however, said such talk was reversing the victim and the offender.

“To speak of a ‘racist diversion’ here is a mockery of the victim and a slap in the face of the bereaved. I deeply reject that,” Kurz said, adding that there is no excuse for such a “bestial act.”