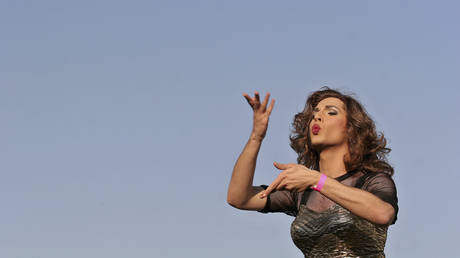 A court in Tel Aviv has made a “precedent-setting” ruling ordering a transsexual woman to be paid nearly $10,000 after she complained of mistreatment at a pharmacy. The chemist spoke to her as to a man, the claimant said.

A person named Isabel went to court after an incident at a pharmacy back in 2018, Israeli media reported this week. The seller, she said, addressed her using male pronouns even after being asked not to do so. Isabel was dressed in female clothes and pointed out she wanted to be referred to as a woman, but the pharmacist judged that she spoke in a male voice, and as such refused to recognize the customer’s self-identity.

Their conversation had been recorded and brought to court, Ynet reported, and ran as follows:

Why are you speaking to me in masculine? Do I look like a man to you?

Will you argue with me? … By your voice, you are male, that’s what I think.

Isabel’s representatives in court claimed the pharmacist’s insistence constituted defamation, discrimination, and sexual harassment, infringing on her right to self-determination and respect. The company originally argued that the employee had only referred to the customer according to biological gender, which could not be objectively degrading. However, the pharmacist was fired shortly after the incident.

Having considered the recorded scene, the court ruled that “the seller not only ignored Isabel’s requests, but implicitly insulted her,” Israel’s The Globes reported. Supermarket chain Shufersal, which now owns the pharmacy, is to pay the trans woman 32,500 shekels ($9,900) in compensation, including legal fees. The verdict has been called a “tremendous achievement” by the complaining party, who said both Isabel’s outcry and the “precedent-setting verdict” would bring “social change.”