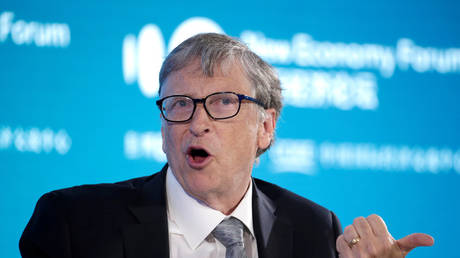 Friday’s Sun Valley conference, held in Idaho saw a lot of billionaires supposedly concerned about the environment fly in on private jets.

In fact, aviation authorities in the US had to ban other air traffic originating on the US West Coast in order to give the billionaires clearance to take off in a timely fashion.

Gates himself has vocally defended his use of private jets, claiming that his jets should be an exception to the rule because “he took steps to mitigate their damage.”

“I am offsetting my carbon emissions by buying clean aviation fuel and funding carbon capture and funding low cost housing projects to use electricity instead of natural gas and so I have been able to eliminate it and it was amazing to me how expensive that was, that cost to be green… we’ve got to drive that down,” expounded Gates on the issue.

Billionaire investment firm founder Warren Buffett is set to give the closing speech for the event on Saturday.