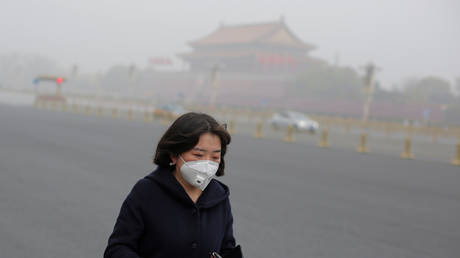 A new study looking at the greenhouse gases emitted by major cities around the world has highlighted that more than half of all urban emissions come from 25 megacities, while emissions per capita are highest in developed nations.

The study, published on Monday in the journal Frontiers in Sustainable Cities, focused on greenhouse gas (GHGs) emissions in metropolises and the effectiveness of historical carbon reduction policies.

The researchers, led by a team at the School of Environmental Science and Engineering at Sun Yat-sen University in Guangzhou, China, analysed 167 globally distributed cities that are at different developmental stages.

The study’s chief finding was that just 25 cities accounted for 52% of the total urban GHG emissions, with a number of the cities located in Asia and notably China, such as Handan, Shanghai and Suzhou.

It was also noted that cities in both developing and developed nations are considerable contributors to greenhouse emissions, suggesting developmental stage was not a clear determinant of emissions.

While emissions per capita were generally higher in Europe and developed cities, such as Moscow or Istanbul, the study found that China, designated as a developing country, had emission levels per capita which were comparable with developed nations.

“Nowadays, more than 50% of the global population resides in cities. Cities are reported to be responsible for more than 70% of GHG emissions, and they share a big responsibility for the decarbonization of the global economy,” said co-author Dr. Shaoqing Chen, of Sun Yat-sen University.

Chen said that it was particularly difficult to analyse and compare greenhouse gas emissions data as reporting methods used by cities around the world vary greatly.

Of the 167 cities in the study, 40 have set the goal of carbon neutrality while 113 have highlighted varying objectives to reduce emissions amid global efforts to slow global warming and climate change.