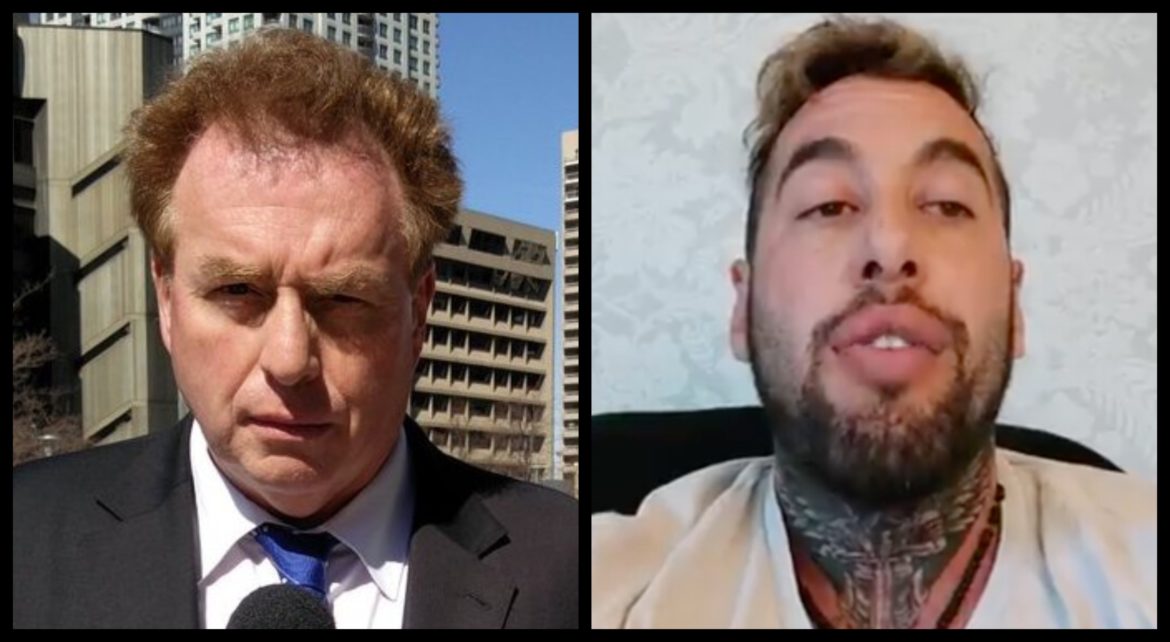 Chris Sky doubled down on his anti-Semitic, Holocaust denying stance Tuesday during an interview with David Menzies of Rebel News. Chris Sky has made comments in the past questioning the official death toll of the Holocaust, stating he doesn’t believe 6 million Jewish people were murdered.

Chris Saccoccia aka Chris Sky describes himself as a “human rights advocate” on his Twitter bio. His opponents as well as the mainstream media describe him as an “anti-masker,” “anti-lockdowner,” and an “anti-vaxxer.” Sky has taken a strong stance against all 3. On Tuesday, he gave an interview to David Menzies at Rebel News studios in Toronto. Rebel News is described as a far-right political and social commentary media website on its Wikipedia entry.

Menzies asked Sky about a social media post where he stated, “6 million Jews murdered is the biggest lie ever created in the history of fake Jew history.” Sky responded by saying that “6 million people did not die in the Holocaust.” Sky went on to state it is impossible to know how many people died during the Holocaust. Sky cited anti-Semitic conspiracy theories, stating that the Jewish people immigrated to Israel, as opposed to being murdered.

Chris Sky was unhappy with the line of questioning, stating that Menzies was feeding his opponents’ narrative. Chris Sky ended the interview short, stated that he “won’t be talking to Rebel News anymore” and walked off the set.

The interview received mixed reviews in the “anti-lockdown” community, with some saying it was good for Rebel News to bring allegations of Holocaust denial up. Others stated it was a hit-piece and counter-productive. One social media user described it as a “psycho tactic.” MPP Randy Hillier posted the interview, calling Sky a Holocaust denier. Sky and Hillier have been feuding ever since a public dispute in Ottawa.

I disagree, read his Twitter posts. He is a racist and holocaust denier .