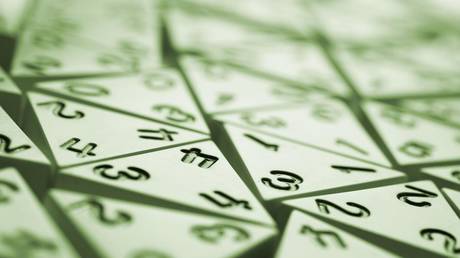 Ontario Premier Doug Ford said the discussion of racism doesn’t belong in math classes, confirming the province’s decision to back down from a plan to inject anti-racism ideology into its 9th grade mathematics curriculum.

“In math, let’s stick with math,” Ford told reporters on Thursday, a day after Canadian media outlets reported that language about racism and colonialism no longer appeared in an explanation of the curriculum on the provincial government’s website. “Other social issues, let’s talk about it, there’s no doubt, but let’s not talk about it in math.”

WATCH: Ford says social topics like racism should not be included in Ontario’s math curriculum.

Ford argued that such focus is necessary, especially given that the province has struggled to bring students up to passing grades in math. “Prior to us getting elected, and I said during the election, we had half our kids in grade six failing the math curriculum,” he said.

Math proficiency has remained a problem since Ford took office in June 2018. His government launched a $200 million plan in 2019 to boost student scores and improve teacher training and standards. Ford drew criticism from teachers for requiring that all Ontario educators pass a proficiency test proving that they can meet a 9th grade math standard.

Controversy over anti-racism ideology, such as critical race theory, has boiled over this year, particularly in the US, where groups of parent activists and Republican legislators demand that it be removed from public schools. Public pushback in Ontario came after media reports last week bought attention to the anti-racist math curriculum.

The curriculum argued that math has been used “to normalize racism and marginalization of non-Eurocentric mathematical knowledges.” It called for a “decolonial, anti-racist approach to mathematics education” and argued that math “can be subjective”

The plan was for teachers to encourage different ways of learning, such as infusing “Indigenous knowledges” into their lessons, to help students develop “healthy and strong identities” as math learners. Based on a framework called Culturally Relevant and Responsive Pedagogy (CRRP), the program also aimed to expose “issues of power and social justice in mathematics education.”

Authors of the curriculum also asserted that non-white and LGBTQ students have experienced “systemic barriers” to accessing high-level math instruction. Teachers were called on not only to identify and remove such barriers, but also impart all students with the skills to recognize how math can be used to “uncover, explore, analyze and promote actions to address social and environmental issues, such as inequity and discrimination.”

Curriculum changes shouldn’t been made behind closed doors, by politicians trying to make their donors happy.

But that’s what happened this week when Ford’s right wing pals got him to remove anti-racism language from the math curriculum. #onpoli #onted https://t.co/oIcA9ADlNM

Ontario lawmaker Marit Stiles, a member of the social democrat NDP, complained that the math curriculum was streamed down to focus on math without open discussion. “Curriculum changes shouldn’t be made behind closed doors by politicians trying to make their donors happy,” she said. “But that’s what happened this week, when Ford’s right-wing pals got him to remove anti-racism language from the math curriculum.”