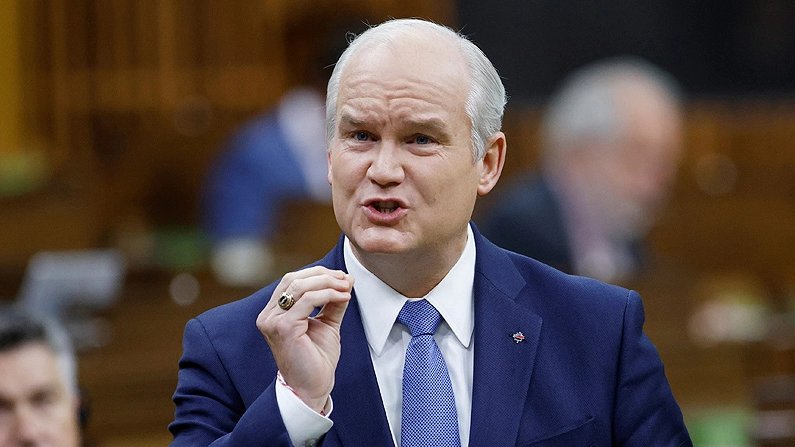 Conservative Party Leader Erin O’Toole released a statement on Thursday calling on the leaders of other federal parties to unequivocally condemn “the violent actions of the Cuban communist government in the wake of pro-democracy protests.”

The statement is the latest in O’Toole’s attack on Trudeau, who has used weak rhetoric in discussing the pro-democracy protests in Cuba.

#BREAKING: The Cuban communist regime is depriving people of medicine and food. The dictatorship has also now cut off the internet. Trudeau won’t dare condemn any of this!

Have you had enough of Trudeau apologizing for communist regimes? pic.twitter.com/0dFnhVmec9— Canada Proud (@WeAreCanProud) July 13, 2021

“While the Cuban people have taken to the streets to demand democratic freedoms, and basic necessities like food, water, and medicine, the leaders of Canada’s left-wing political parties have remained silent,” wrote O’Toole.

“These brave Cubans are facing the brutal repression of the communist regime while calling for the basic democratic freedoms we enjoy in Canada – and the supposed political leadership in Canada seems not to care.”

“I want to be clear. I condemn the actions of the communist regime in Cuba and am calling on Justin Trudeau, Jagmeet Singh, Yves-François Blanchet, and Annamie Paul to do the same.”

In a statement released shortly after the death of Cuban leader Fidel Castro, Trudeau wrote of the comandante and his father’s friendship, stating: “Fidel Castro was a larger than life leader who served his people for almost half a century. A legendary revolutionary and orator, Mr. Castro made significant improvements to the education and healthcare of his island nation… I know my father was very proud to call him a friend, and I had the opportunity to meet Fidel when my father passed away.”

O’Toole’s statement continues: “The silence of these individuals, some of whom have praised the brutal dictators of the Cuban regime before, speaks volumes. Actions and words matter, especially when it is politically inconvenient to do so.

“The Cuban people cannot afford Canada’s silence while they fight for freedom. If you are not concerned about your government supporting democratic rights around the world, then you have four parties to choose from. If you are, then there is only one choice: Canada’s Conservatives.”