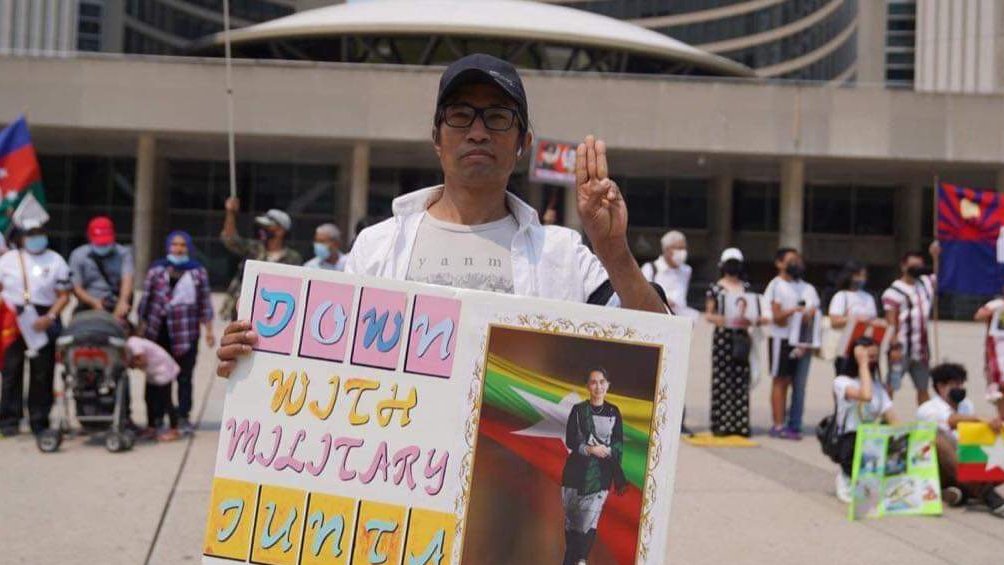 A protest was held in downtown Toronto to raise awareness about human rights abuses in Myanmar after the military coup in February. Activists from the Myanmar Student Association, along with other supporters marched from Nathan Phillips Square to Dundas Square and back. The group is asking for a stronger response from the government of Canada.

The Covid pandemic has ravaged Myanmar’s healthcare system. 75 children have been killed and approximately 1,000 have been arrested in Myanmar since February 1, according to an UN report. The military has been in control of Myanmar since the beginning of February. There are reports of hospitals running out of oxygen and coffins being sold out.

According to the Myanmar Student Association’s website, the group organizes “protests, fundraisers, outreach, and advocacy on behalf of Burmese-Canadian youth in Ontario.” Mimi, an activist from Myanmar Student Association stated that the group has sent letters and emails to the government of Canada to get a response. Mimi expressed concern about how doctors were being prosecuted for treating Covid patients. Another activist stated he was concerned that pharmacies had been shut down in the country.