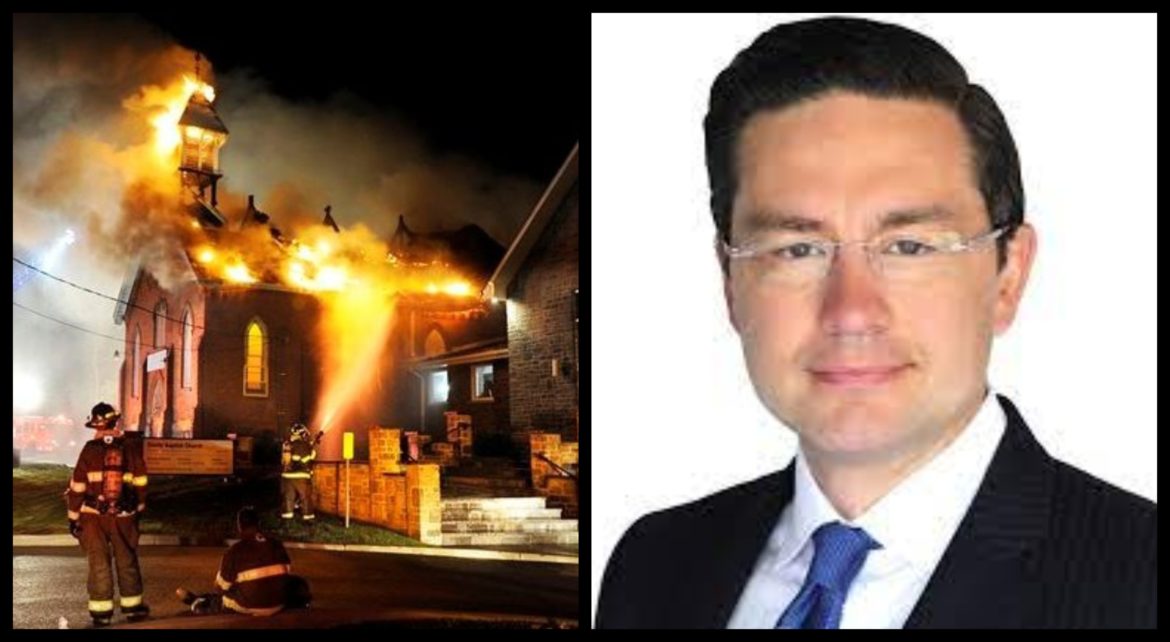 Pierre Poilievre, MP for Carleton, slammed far-left extremists for burning down churches today on Twitter. Poilievre claimed the recent church arson in Surrey, British Columbia was “another disgusting attack on communities of faith in Canada.”

According to Global News, “an Orthodox church has burned to the ground in Surrey after an early morning fire Monday.” RCMP in Surrey confirmed Monday they believe the blaze to be “suspicious.” This is part of a series of attacks on churches since the discovery of unmarked graves near residential schools.

Trudeau has faced criticism for “not doing enough” to condemn the church arsons. Sandra Girardau, asked if Trudeau was “just a moron.” Canada’s Prime Minister has faced a slew of criticism for perceived double standards. Many ask whether Trudeau would allow for Mosques or Synagogues to be targeted in this fashion.

Over 2 dozen churches have been vandalized or burnt down since the start of June. Many complain that the police are not doing enough to solve these arsons. Some have speculated that the fires are being caused by “far-left extremists.” These incidents have received worldwide attention, with Ezra Levant recently appearing on Fox News to discuss these attacks.