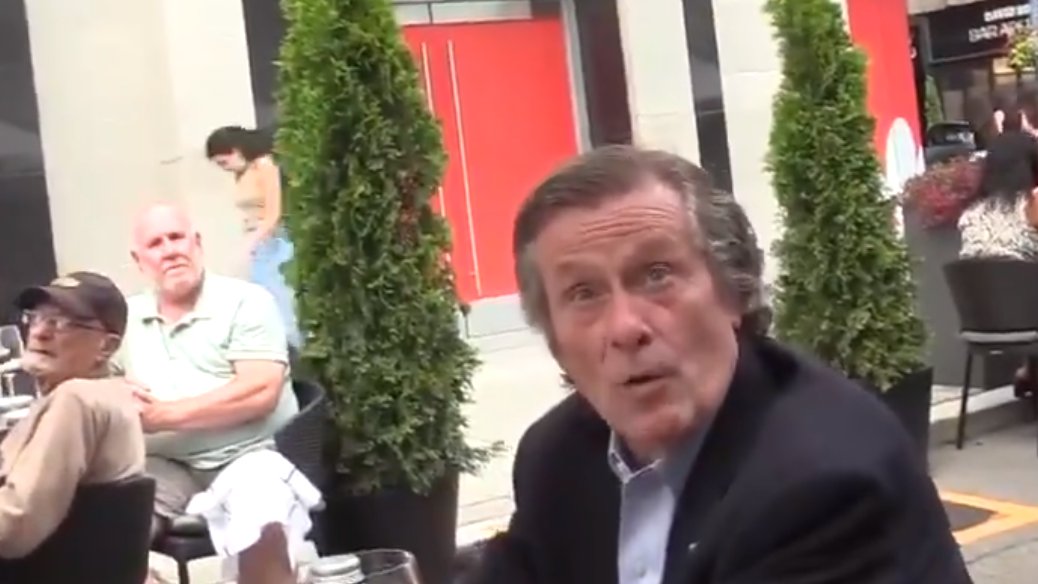 Toronto’s Mayor was questioned about imposing “draconian” lockdown measures while dining at an upscale restaurant in Yorkville on Monday. A journalist working with People’s Media caught John Tory off guard, and proceeded to ask him a series of questions.

Toronto has been under intense lockdowns for most of 2021. As a result, many businesses have gone under, and many Torontonians have suffered mental health issues. Many Torontonians blame Eileen de Villa, the Medical Officer for Health in the city of Toronto, for her “unempathetic” response to the Covid pandemic.

Tory was asked by the journalist, “do you feel any guilt or regret for what you have done to this city?” After receiving a series of “boos” from other patrons at the restaurant, the journalist asked, “how do you feel that you’re worse than a crack head?” Toronto’s previous Mayor Rob Ford admitted to smoking crack cocaine during a “drunken stupor.”

Part 3: John Tory, mayor of Toronto gets lambasted by a member of The Peoples Media while having dinner at a restaurant in Yorkville.

Brian Lilley, a columnist for the Toronto Sun slammed the People’s Media for the encounter with John Tory.

“If you want to protest a policy of Tory, or any other politician, go to their office, go to the council chambers or legislature or go to a public event to call them out. Don’t show up at their homes, don’t lambaste them in a restaurant or when they are with their families in public.”

Eileen de Villa’s husband has been called out for his shady business dealings. According to Life Site News, Dr Richard Choi’s relationship with big pharma constitutes a “conflict of interest.”