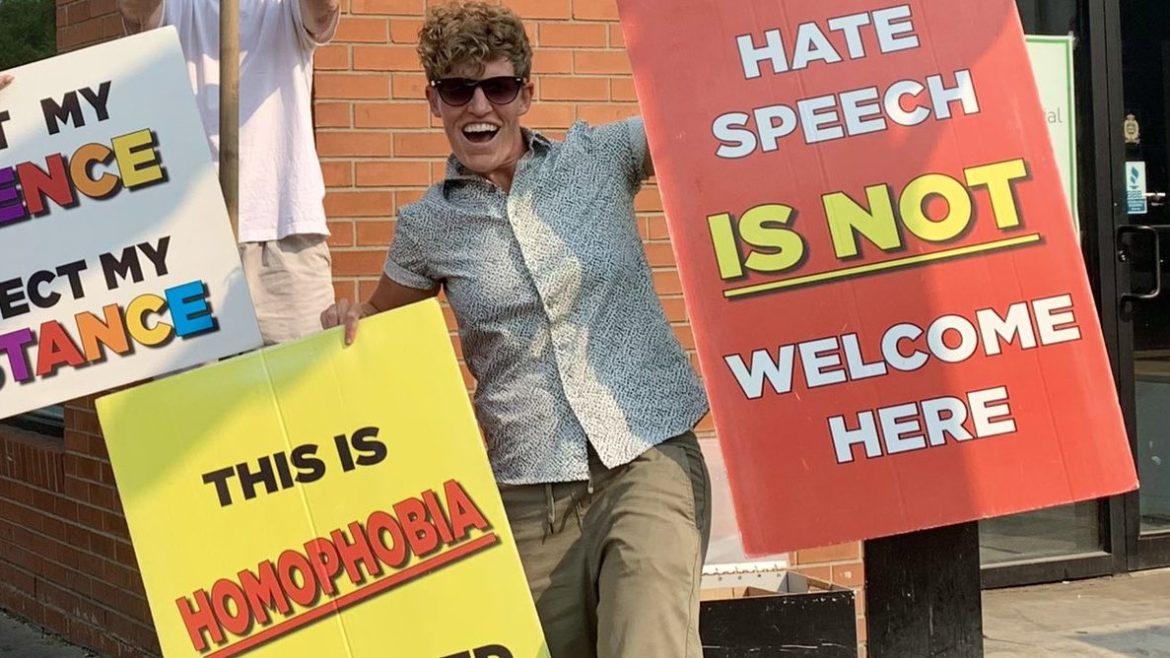 Janis Irwin, the MLA for Edmonton-Highlands-Norwood, has been accused of “mocking Christianity” after she posted a photo showing her and another woman counter-protesting a Christian-rights advocate in Edmonton.

Whyte Ave and Gateway Blvd in Edmonton is unofficially known as Pride Corner. Irwin posted on Twitter Friday that during a ride home from work, she decided to stop at the intersection. The picture showed Irwin holding a sign that read, “this is homophobia disguised as bible quotes.” Behind her is a man holding a sign reading “believe on[sic] the Lord, and you will be saved.”

Irwin’s photo-op was criticized by some as hate speech. Twitter user Luisa Capra questioned if Irwin would have done the same to Muslim people. Christians and Catholics in Canada have been suffering from record levels of hate. Many criticize the government for not doing enough to address this.

Canada has seen a record number of church arsons in recent weeks. Fox News picked up on the church arson story and slammed Canadian political figures and influencers for endorsing and encouraging the arsons. Gerald Butts went as far as saying the arsons were “understandable.” Tucker Carlson referred to one arson advocate, Harsha Walia, as a “monster.” Walia has recently resigned from her job at the BC Civil Liberties Association due to backlash from her arson advocacy.