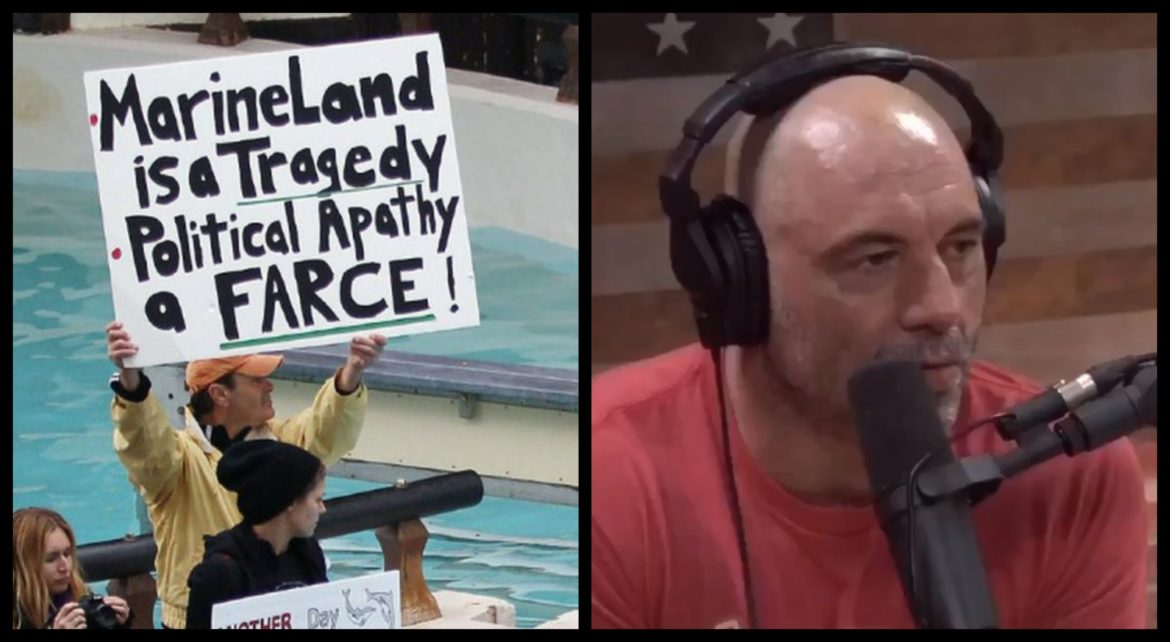 Animal advocates are taking to social media to denounce the inhumane treatment of animals at Marineland.

According to the Canadian Press, an inspection of Marineland by Ontario’s animal welfare watchdog has found that marine mammals at the tourist attraction were in distress due to “poor water quality.” This set off a firestorm on Twitter, with the term ‘Marineland’ trending on and off. Many users are calling for Marineland to be shut down.

Marineland has pushed back, saying the animals are not in distress and none of the animals died from poor water quality.

Philip Demers was the former head trainer of Marineland’s stadium. In 2012, Demers exposed details of “water quality issues, short staffing and several incidents of animal neglect / cruelty” at the theme park. According to his GoFundMe page, the “deteriorating health of Smooshi the walrus inspired his decision to speak.” Joe Rogan made reference to Demers and Smooshi the walrus on his podcast. He went on to call Marineland a “shithole.”