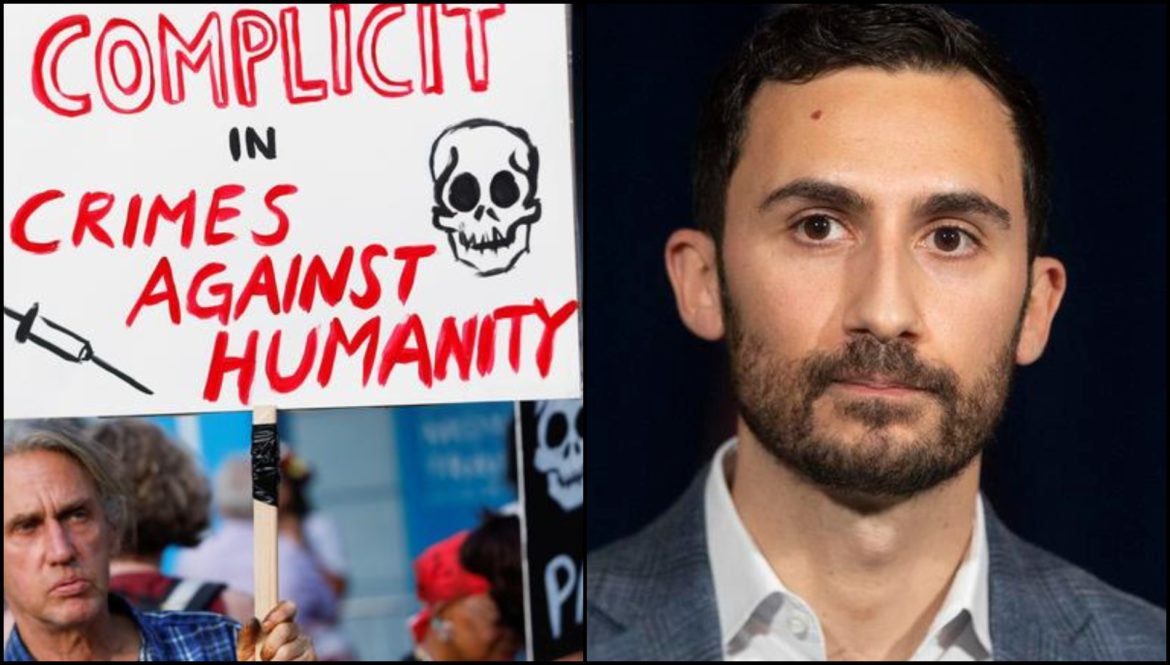 A group of anti-vax protesters are being accused of “going too far” after it was revealed they were “stalking” the education minister of Ontario. This included taking pictures of the minister’s backyard. The protests were allegedly planned in a Telegram group.

According to the Toronto Star, “the group organizing protests outside Stephen Lecce’s house discussed pooling cash to hire private detectives to ‘dig up dirt’ on the education minister, took pictures of his backyard and mused about gaining access to his daily schedule.”

The COVID-19 vaccine and lockdown protesters used encrypted messaging app Telegram to co-ordinate opposition to Lecce’s back-to-school rules, as well as to the Ford government’s forthcoming vaccination passport program. It was the same group of more than 500 members that has been attempting to disrupt Liberal Leader Justin Trudeau’s federal campaign. The Star monitored the channel between Saturday morning and Monday evening, when it appeared to have been deleted.

The protests received pushback on social media. One user stated, “they are going too far. There has to be boundaries. This is definitely off side. If you don’t like what happened during the pandemic vote next year. You have a choice. This activity is criminal harassment.” Another user stated, “intrusion into the personal lives, spouses and children of politicians should be completely off limits. This is really disgusting.”

This is not the first time a politician in Ontario has had people protest his/her house. Doug Ford and John Tory have had people on both sides of the political spectrum showing up at their homes. Anti-lockdown protesters have shown up at Ford’s home on multiple occasions. In response to the protests, Ford stated,

Left-wing housing advocates held protests at Toronto Mayor John Tory’s condo several times in 2020. One incident in July 2020 resulted in a clash with police as “some of the protesters tried to force their way into the building.” A protester explained to CP24 that the group was trying to hand-deliver a letter to the mayor.