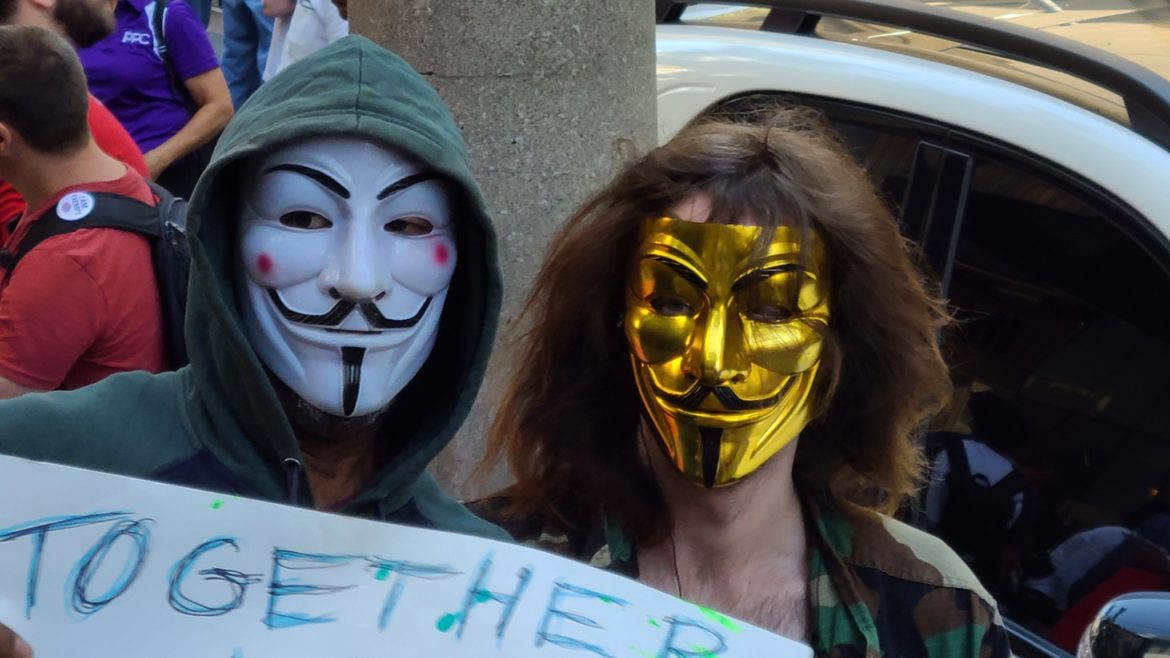 100s of anti-vaccine protesters rallied in front of Toronto Police headquarters to protest the government while showing support for the Toronto Police Association’s decision to oppose a mandatory vaccine policy.

On Aug. 24, Toronto Police announced it would make the Covid vaccination mandatory for all its members, but the union declared its opposition noting the announcement lacked “critical details.” A group of anti-vaccine advocates held a rally in “support of the Toronto Police” in front of police headquarters in downtown Toronto. Placards containing references to the holocaust and the Bill Gates conspiracy were seen. Chants of “my body, my choice” were heard through the crowd.

Speakers at the event included lawyer and founder of the Constitutional Rights Centre (CRC) Rocco Galati and infamous anti-mask advocate Chris Sky. Sky is currently out on bail for charges of assaulting a police officer and threatening to “shoot elected officials.”

As a news van from Global drove by Thursday’s protest, participants were heard yelling “fake news!” One attendee had a shirt that read, “the media is the virus.” Participants at anti-vaccine rallies tend to have a deep distrust of the mainstream media.